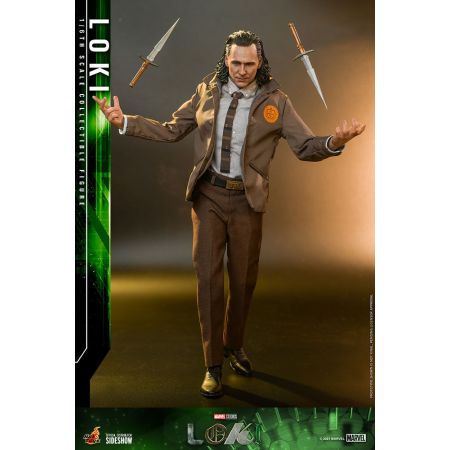 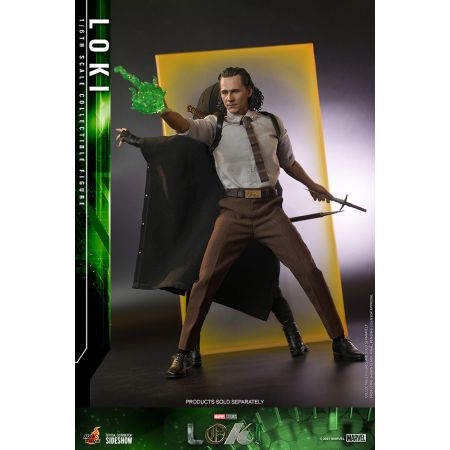 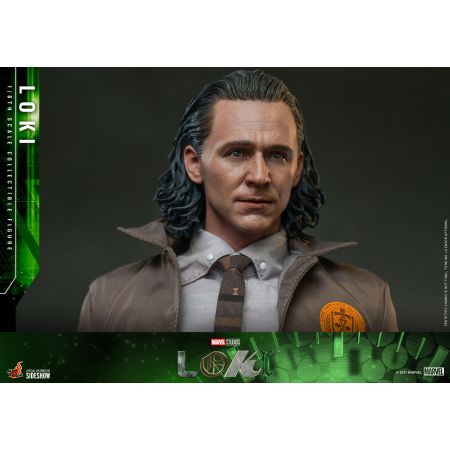 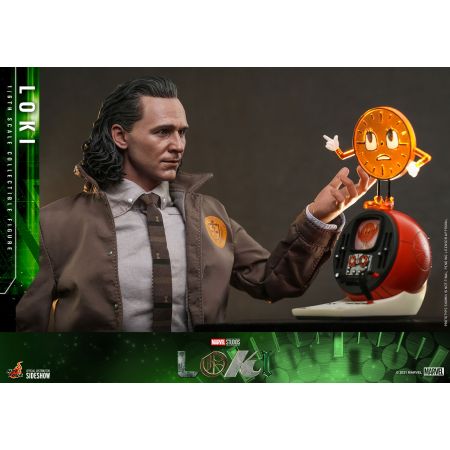 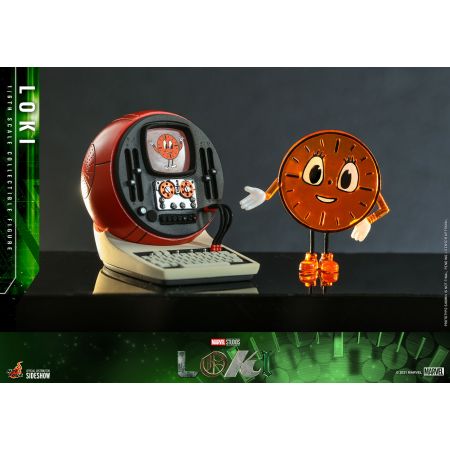 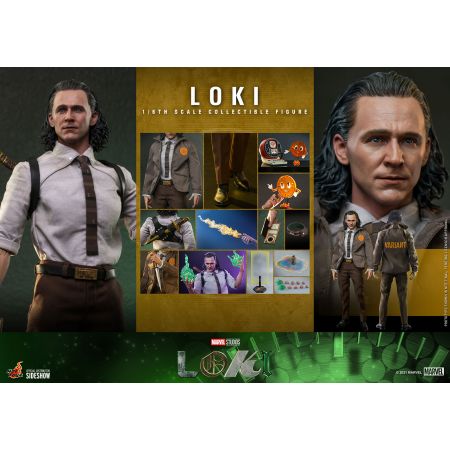 “It is adorable, that you think you could possibly manipulate me.” - Loki

Marvel’s fan-favorite God of Mischief has landed with glorious purpose in the Marvel Studios’ Loki series where he leaped from a beloved villain to endearing antihero. Picking up immediately after he steals the Tesseract in the events of the Avengers: Endgame, Loki is joined by an agent from the Time Variance Authority to fix the broken reality.

Firstly introduced to Marvel Cinematic Universe in the movie Thor in 2011, Loki’s popularity has soared over the years. Sideshow and Hot Toys are elated to present the Loki Sixth Scale Collectible Figure from the Loki collection series.

Masterfully crafted based on the appearance of Tom Hiddleston as Loki wearing the TVA Suit outfit as seen in the series, the figure features a newly developed head sculpt with amazing likeness, elaborate costume with screen authenticity, signature weapons, and highly-detailed accessories including a sword, a sword with fire effects, a pair of daggers, Miss Minutes with different expressions, a computer, a tempad, a collar, a reset charge device with effect, a Time Door backdrop and a themed figure stand.

Add the Loki figure to your Marvel collection today!