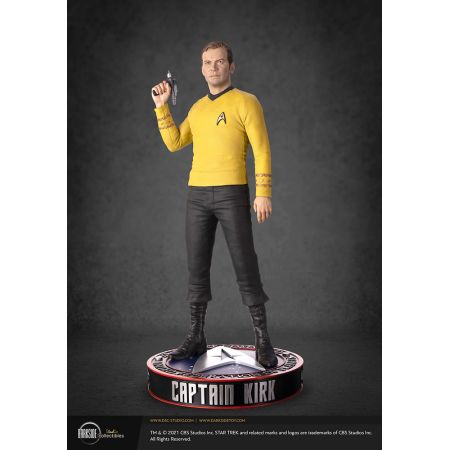 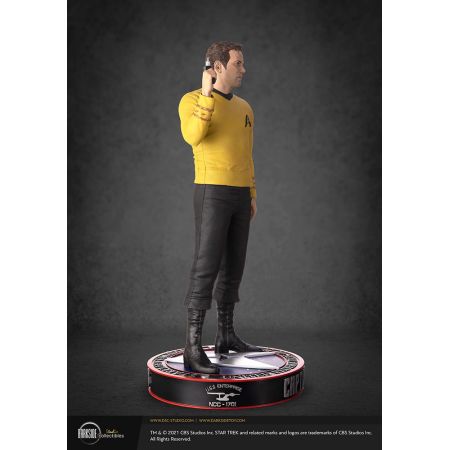 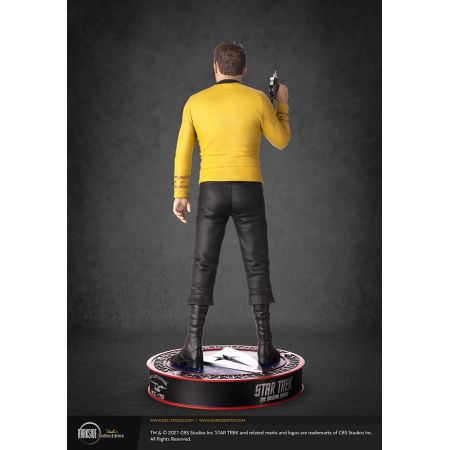 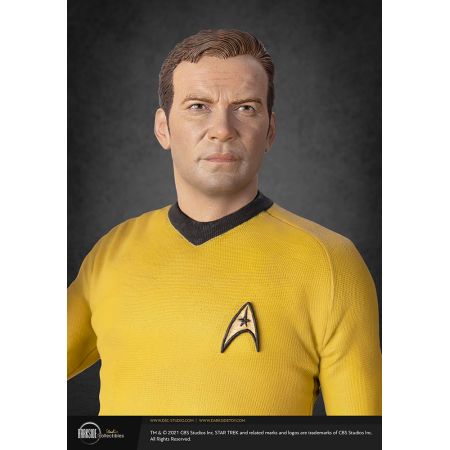 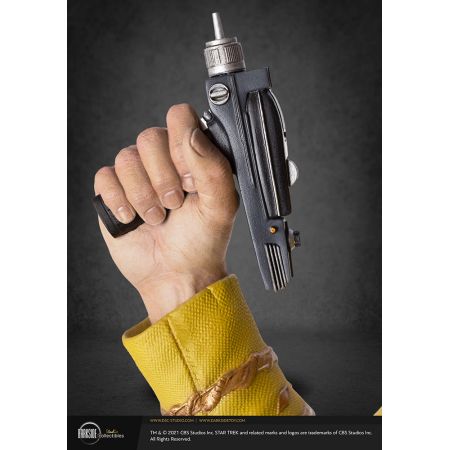 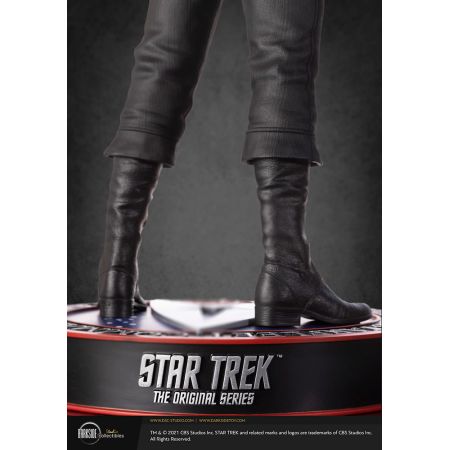 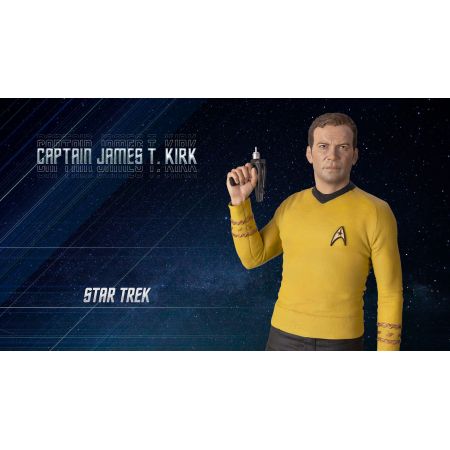 "To Boldly Go Where No Man Has Gone Before!"

DarkSide Collectibles Studio in close collaboration with CBS studios and William Shatner presents the Captain James T. Kirk Statue, the third in the line of the Captains of the USS Enterprise Collection!

Hailed as one of the most iconic Captains of the Star Trek universe, the Captain of the USS Enterprise (NCC-1701), James Tiberius Kirk has been there since its inception. From Star Trek: The Original Series to multiple film appearances, his name is synonymous with the legendary franchise.

Like space's very own version of James Bond, the Kirk pose captures the fearless, charming and brave side of the character and is presented as a fully sculpted 1:3 scale statue. This eye-catching tribute features an authentically detailed sculpted Captain’s costume and stunning likeness of William Shatner from The Original Series era.

Chiseled in the highest quality polystone resin, featuring hyper-realistic life-like skin details, each statue is handcrafted to meet the highest collector’s standards. Every statue is strictly limited in the number produced, making this a must-have for your collection.

Star Trek fans, you won't want to miss out on this!