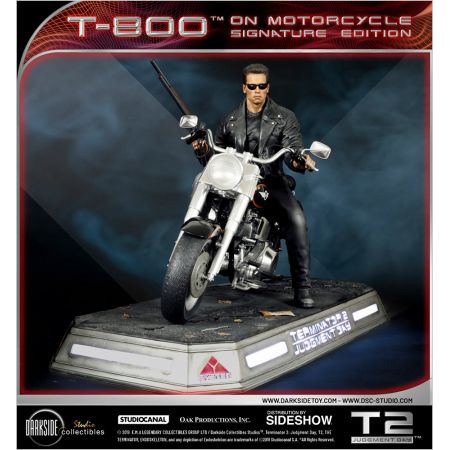 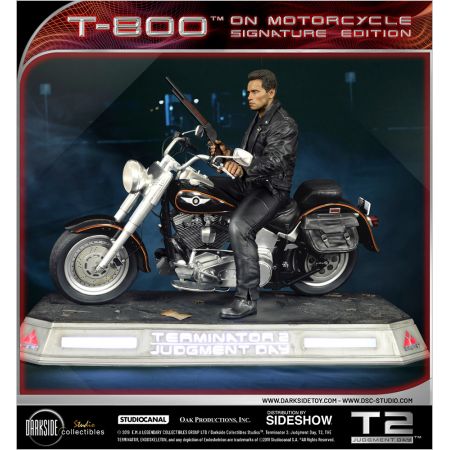 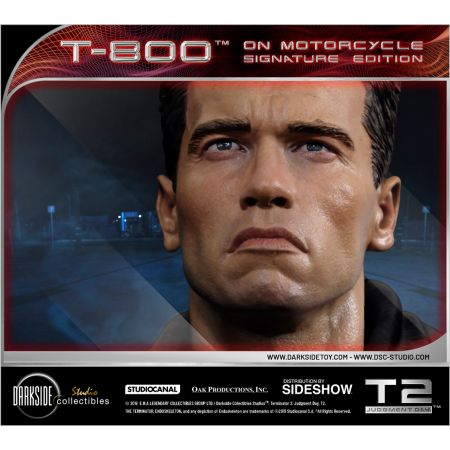 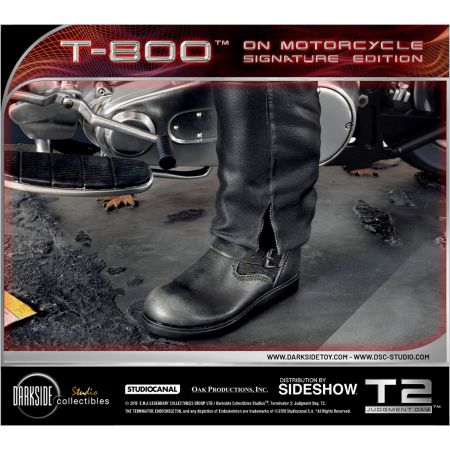 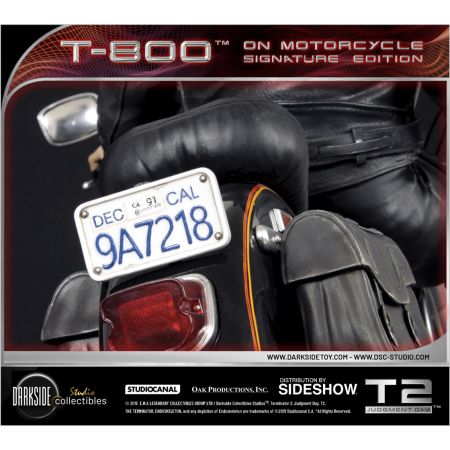 “I Need Your Clothes, Your Boots, And Your Motorcycle”

The year is 1991, the incredible mind of James Cameron reveals an apocalyptic scenario for the fate of mankind in a war versus a machine network called Skynet. After the failure to kill the mother of the leader of human resistance Sarah Connor, played by Linda Hamilton, Skynet sends back in time an advance machine the Terminator T-1000 to kill the leader of the human resistance John Connor. The Terminator T-800 played by Arnold Schwarzenegger is sent back in time to rescue John Connor and the battle for the fate of mankind begins.

With 2 years under development in association with Studio Canal and Oak Productions Darkside Collectibles StudioTM brings to life The Terminator T-800 on motorcycle statue!

Featuring the likeness of the actor Arnold Schwarzenegger the statue captures the exact bad to the bone scene where the Terminator exits the bar, grabs the shotgun and sunglasses and rides the motorcycle.

The Limited Signature Edition features two (2) interchangeable portraits of the T-800, one pair of sunglasses, a silver metallic base with light-up functions, and comes with the Certificate of Authenticity signed by the Terminator himself -Arnold Schwarzenegger.

Made in top quality polystone, this statue is fully sculpted and captures the likeness and feeling of the original Terminator T-800 model in an astonishing 1:4 scale.

The T-800 on Motorcycle Signature Edition statue will make the world's finest centerpiece for any Terminator collection!