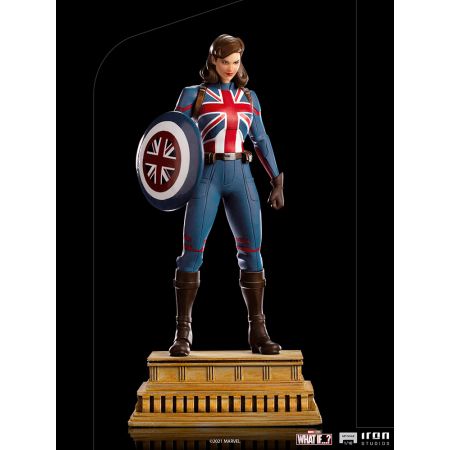 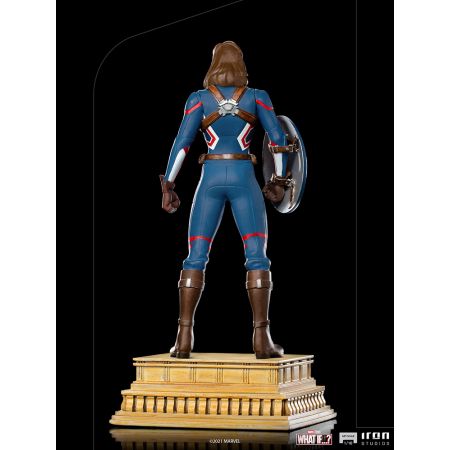 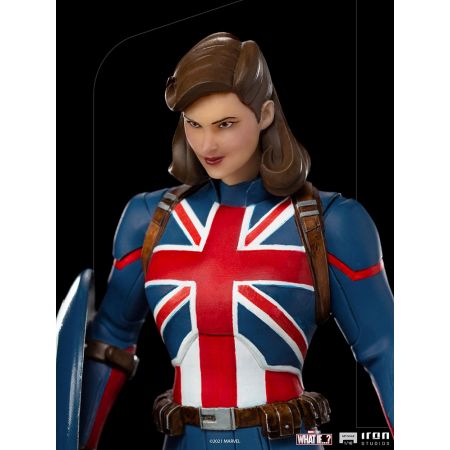 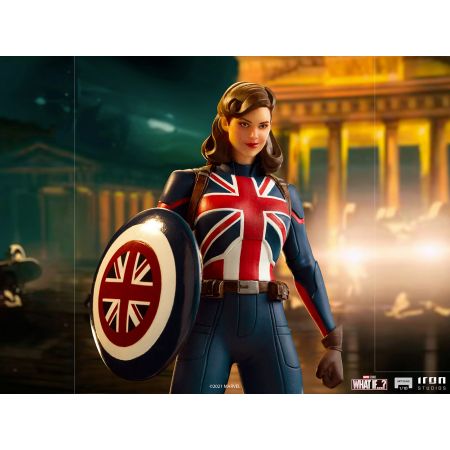 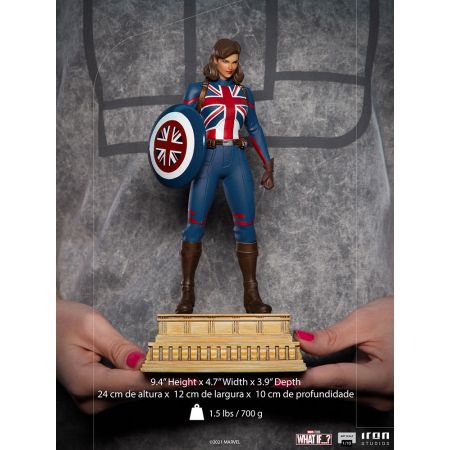 Over a base inspired by the Brandenburg Gate, the British heroine watches a fleet of vehicles belonging to the subversive paramilitary terrorist organization, HYDRA. Wearing her uniform representing the UK, she prepares to launch her vibranium shield against enemy forces on her first mission to retrieve the cosmic artifact Tesseract and capture the scientist, Arnim Zola. As in the first episode of the anthological animated series "What If...?, created for Disney+ streaming by Ashley C. Bradley, Iron Studios presents the "Captain Carter - What If...? - Art Scale 1:10 Statue" featuring the first Avenger of an alternate timeline from the Marvel multiverse.

Exploring various timelines of the multiverse, the extraterrestrial, known as The Watcher tells in the episode "What If… Captain Carter Were The First Avenger?" the story of agent Peggy Carter taking on the role of a heroine who once belonged to Steve Rogers, in an alternate reality. Here, in World War II, when Rogers, the original candidate for Project Rebirth, is injured by a HYDRA spy, Carter volunteers to receive the Super Soldier Serum, acquiring enhanced skills at super-human levels. Wearing a uniform with the colors of the Union Jack (the national flag of the United Kingdom), after earning the rank, uniform, and shield, she assumes the name Captain Carter and starts to lead the allied forces against HYDRA.

Part of the MCU, this is the second statue derived from the successful Marvel animation, produced by Iron Studios, after the "Captain America Zombie - What if...? - Art Scale 1:10 Statue". Already available for Pre-Order, stay tuned for more upcoming releases of "What If...?" from the MCU and a whole multiverse of collectibles from Iron Studios.