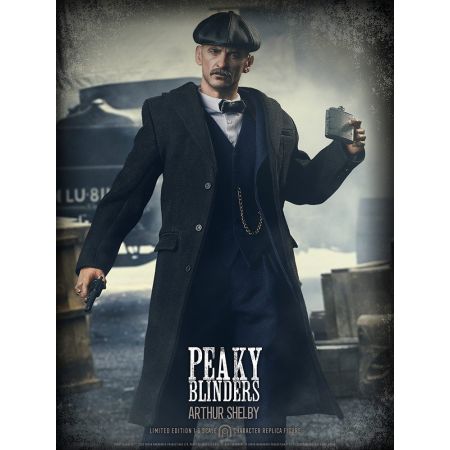 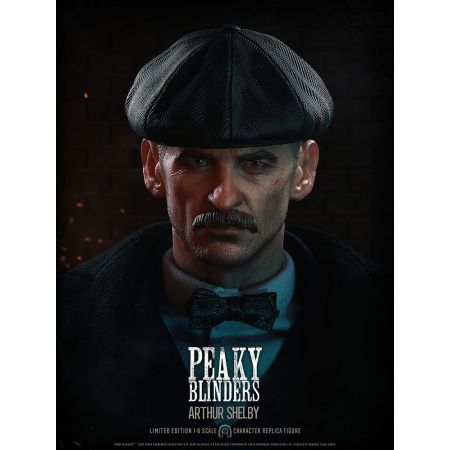 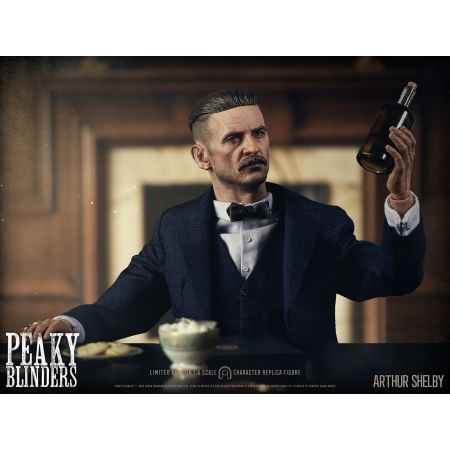 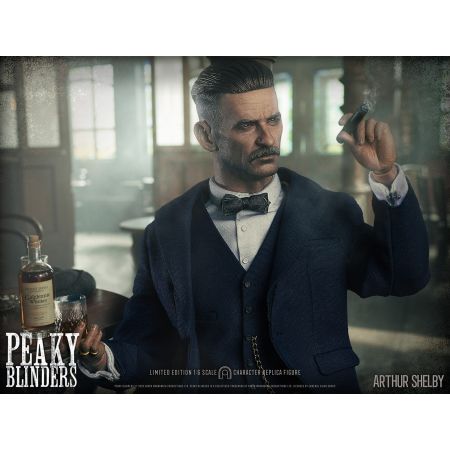 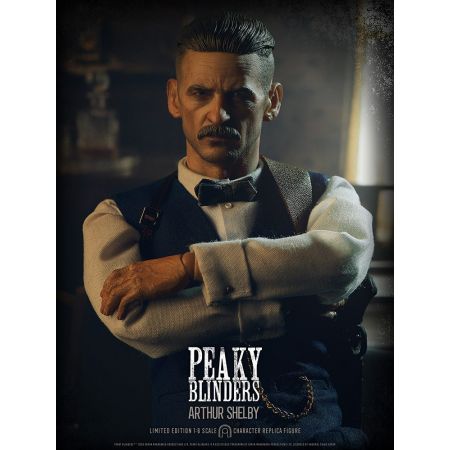 Arthur Shelby is Tommy Shelby's right-hand man and a tough member of the Peaky Blinders. The eldest of the Shelby siblings, he is also Deputy Vice President of Shelby Company Limited. More brawn than brains, Arthur was a Sapper during the war in France, who alongside his brother Thomas, dug treacherous tunnels in order to place explosives beneath enemy positions. Arthur continues to struggle with trauma from the war and becomes steadily unhinged. His drink and drug-fuelled life often result in violence and rage. Finding some peace in religion, Arthur wrestles with his desire for a peaceful life in California and loyalty to his family.

BIG Chief Studios in association with Endemol Shine under license from Caryn Mandabach Productions are proud to bring you the next release in the collectable figure series from the award-winning Peaky Blinders. Outfitted in a stunning hand-tailored costume, the brooding Arthur Shelby strikes a formidable pose in his infamous cap. Join the gang today by order of the Peaky Blinders.