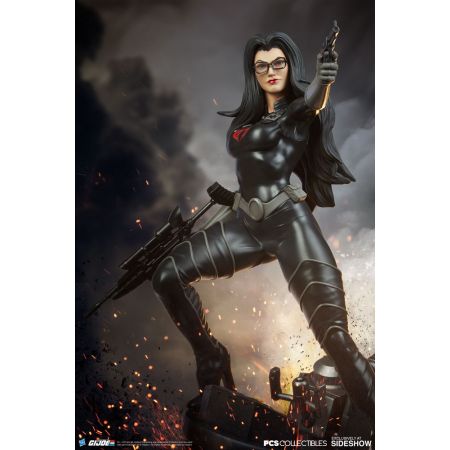 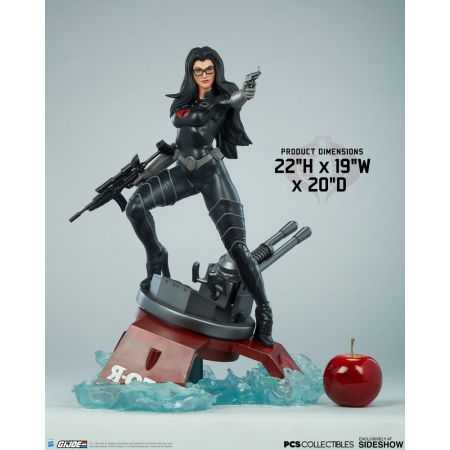 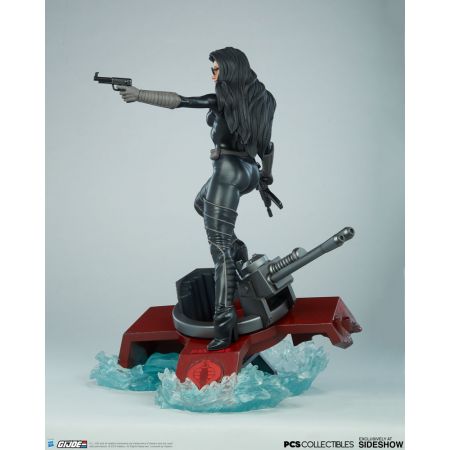 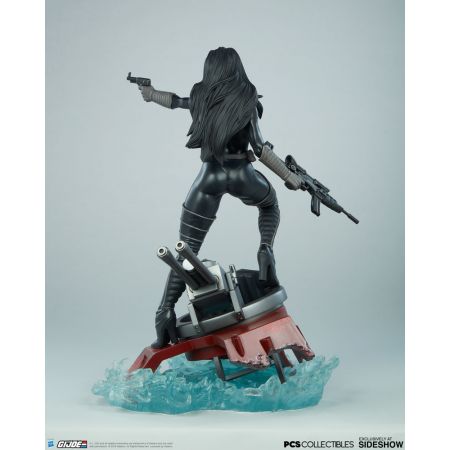 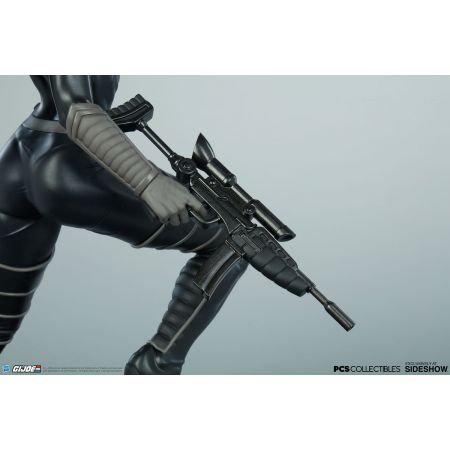 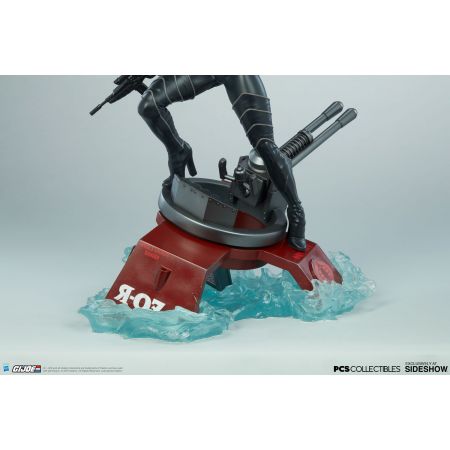 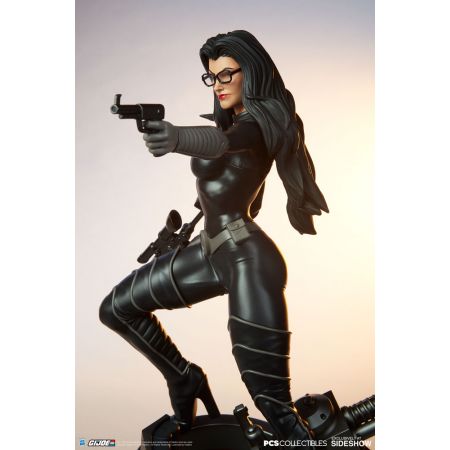 “In the name of Cobra, I make you my prisoners!”

The Baroness Statue measures 22” tall as the ruthless lieutenant straddles the turret cannon of the Moray while it sinks beneath the water. Blue translucent waves churn against the red hydrofoil as Baroness stands her ground, waiting for extraction from the battle against G.I. Joe.

The Baroness features an entirely sculpted costume inspired by her classic animated appearance. Her sleek black catsuit, boots, and grey gloves have dynamic textures that mimic the movement of real fabric, along with grey piping accents for detail. Her determined portrait includes her famous black-rimmed glasses, while red lipstick and the Cobra logo on her chest add a pop of color to her dark look. The Baroness is armed with a pistol and rifle, making this femme fatale a dangerous beauty to behold.