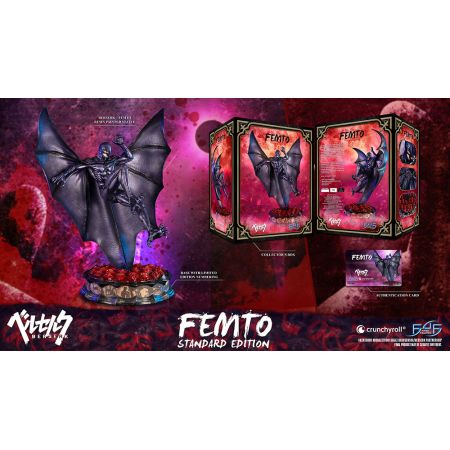 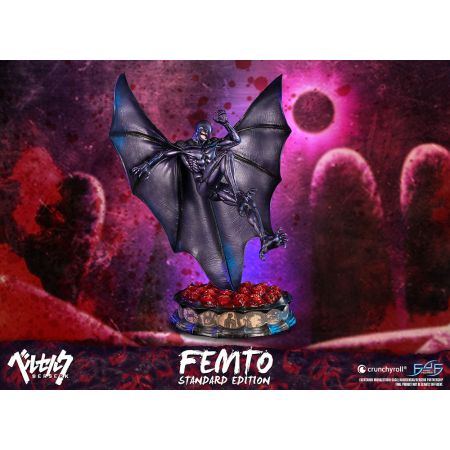 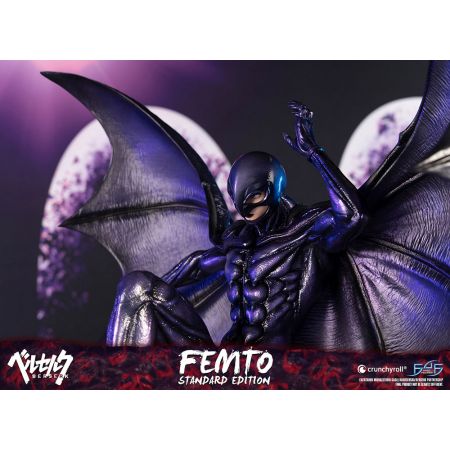 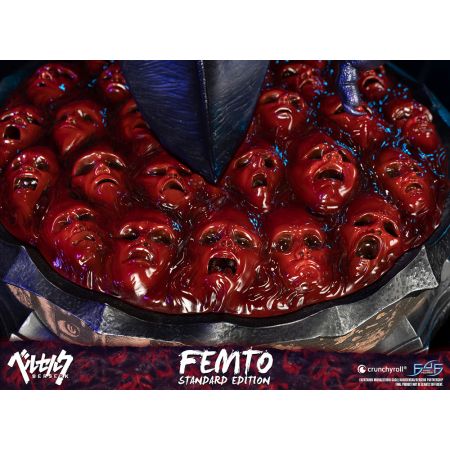 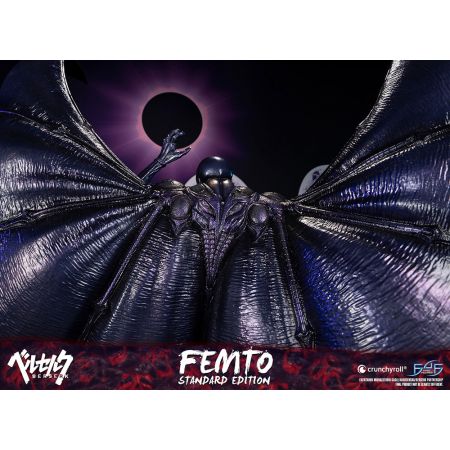 First 4 Figures is proud to introduce their latest resin collectible and the third statue in the Berserk lineup, Femto!

The concept for this statue found inspiration from the scene in the anime where Griffith transforms into Femto and becomes the fifth member of the God Hand. Crippled and helpless, Griffith succumbs to the temptation of becoming a devil to fulfill his desire of owning a kingdom. He offers his comrades, the Band of the Hawk, as a sacrifice to the apostles during the Eclipse so that his transformation may begin. Now reborn as Femto, he flies and descends in front of Guts, menacing and brimming with evil intent.

The base design captures the realm where Griffith, Guts, and the rest of the Band of the Hawk were teleported to during the Eclipse and where the sacrifice and transformation took place. This hellish domain had countless tormented faces as its walls and floor and became the final resting ground of the Band of the Hawk. On the side of the base is an artwork scroll depicting the very anime scene that inspired this incredible statue!

Berserk fans, be sure to add Femto to your collection today!