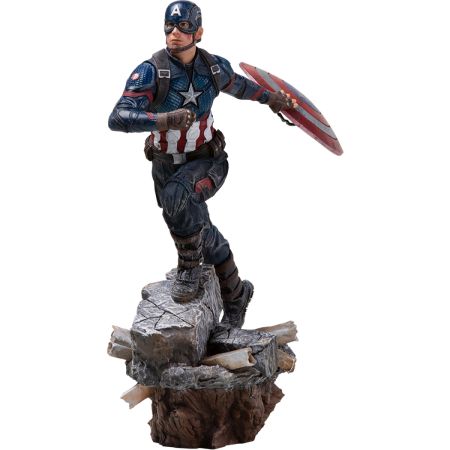 In the Marvel Cinematic Universe, Captain America has been played by Chris Evans since 2011, making his debut in the film Captain America: The First Avenger. In Avengers: Endgame, our hero returns to try to reverse the decimation caused by Thanos in Avengers: Infinity War.

This 1:10 Art Scale Deluxe version displays him ready for battle with a variety of options including a hand holding Mjolnir and an extra arm holding a broken shield.