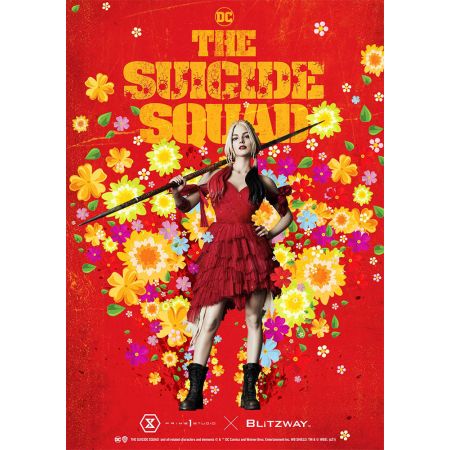 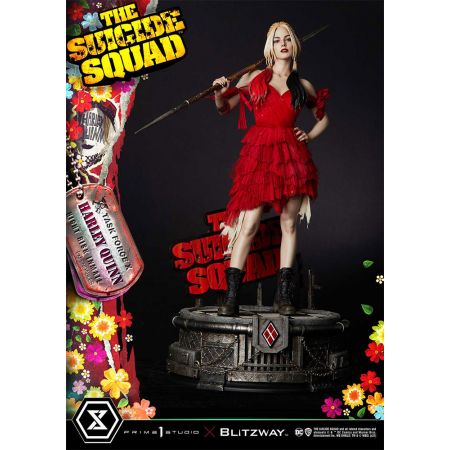 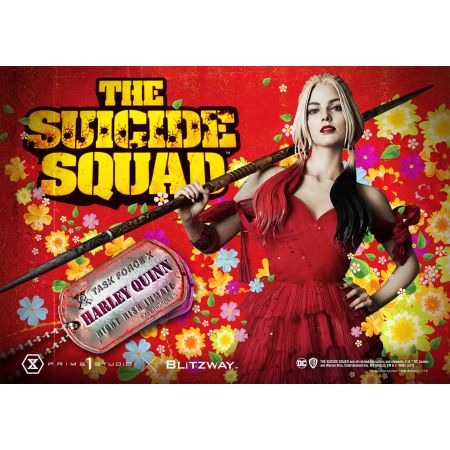 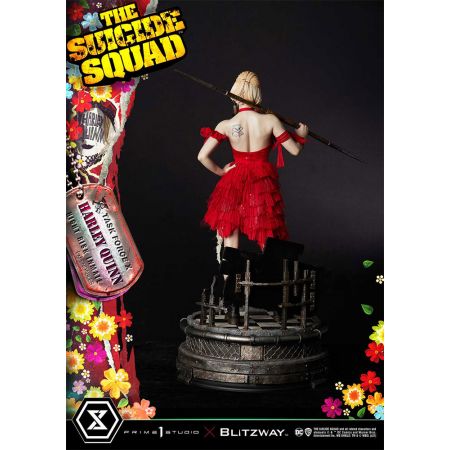 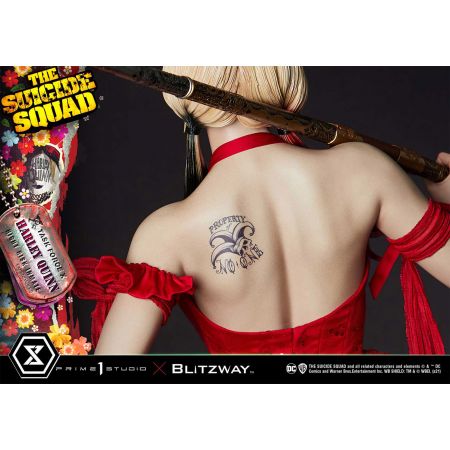 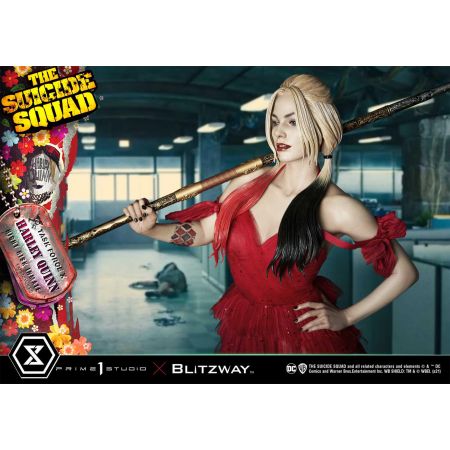 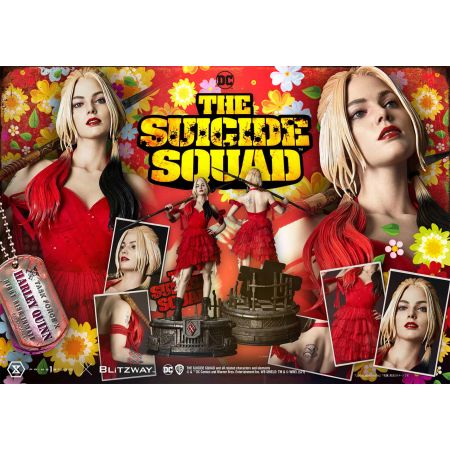 “I recently made a promise to myself that if I got a new boyfriend, I’d be on the lookout for red flags. And I’d murder them.”

Prime 1 Studio is absolutely delighted to present the most magnificent addition to the 1:3 Scale Museum Masterline Series: Harley Quinn from The Suicide Squad!

Standing at 27.8 inches tall, Harley Quinn is both ravishing and lethal in this newest release from Prime 1 Studio. In collaboration with Blitzway, Prime 1 Studio has revealed our version of Harley Quinn from the highly successful movie. As shown in the movie, she’s portrayed wearing the beautiful, red dress gifted to her by the President of Corto Maltese.

Blitzway’s artists have brought this statue to life with an insanely accurate likeness, intricate details, and vibrant color! Harley’s hair is perfectly coiffed atop her head. Her facial expression is a testament to sublime sculpting. She’s holding Javelin’s signature weapon on her shoulder, having dispatched dozens of Corto Maltese soldiers with it. Harley’s dress is made from real fabric, to elicit the exact look and feel from the film. The dress is complete with many features including sequins, lace, and even a ripped petticoat. Her ensemble is finished off with a pair of battleworn combat boots.

Harley is situated on a film-inspired base prominently featuring the movie’s title and her iconic diamond logo. It also boasts a black and white checkered, tile floor and numerous other metallic elements.

Harley Quinn has taken the comics world by storm ever since her debut. And this statue has all the trappings of a sold out success, so take the chance and reserve your Harley today!