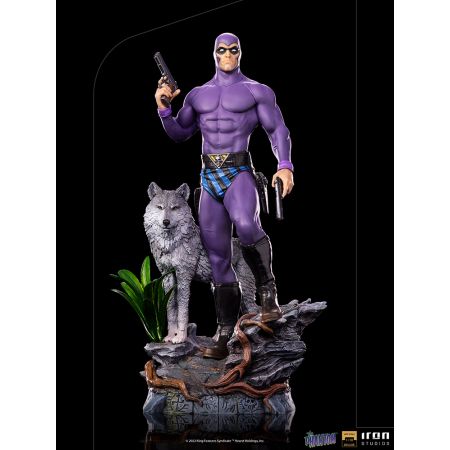 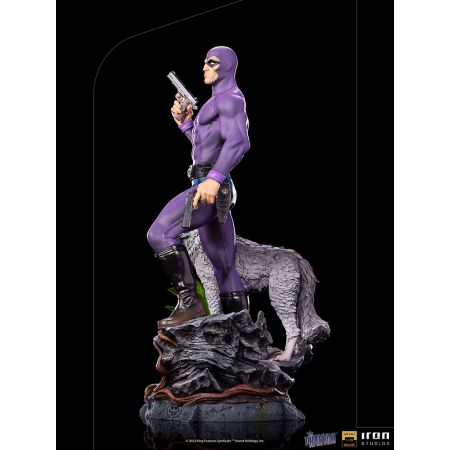 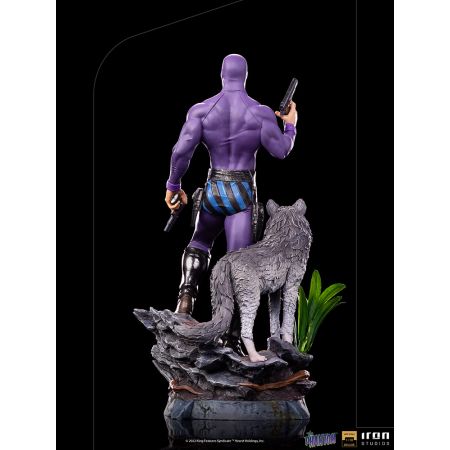 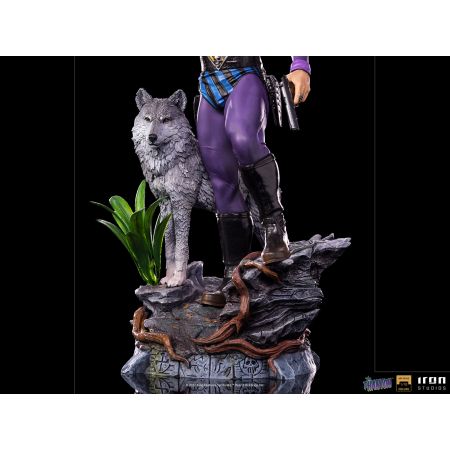 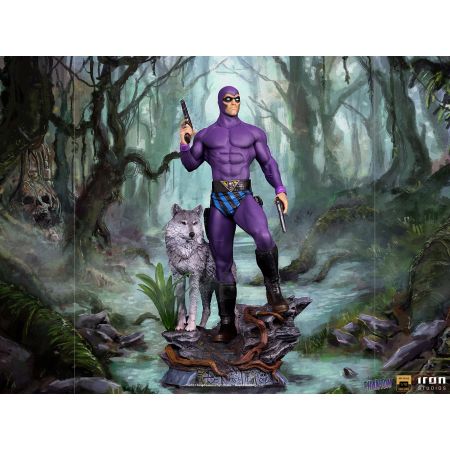 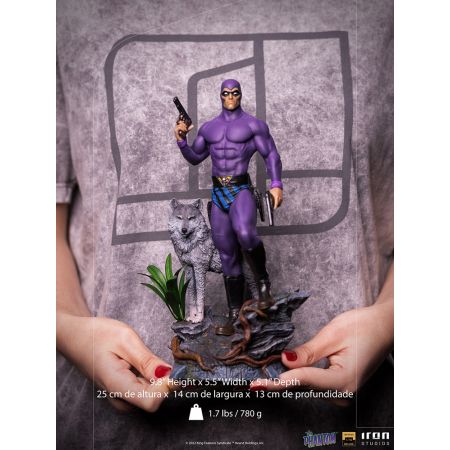 On a hill amid the depths of the fictional jungle of Bangalla, in equatorial Africa, the imposing secular purple figure sharpens his senses with the drumming of the Bandar pygmies, his allies. Alongside his faithful wolf companion named Devil, the relentless fighter of the Singh pirates and all the villains watches, and prepares with his two .45 ACP caliber pistols in hand. A light reflects off the metal buckle of his leather belt, in the shape of a skull, his hallmark. Iron Studios proudly presents one of the greatest comic book classic heroes in its statue "The Phantom Deluxe - Art Scale 1:10 - The Phantom", the first fictional hero masked and uniformed, in a leotard that has become a trademark of super -heroes in the comics!

The Phantom was created by screenwriter Lee Falk and artist Ray Moore in 1936 in newspaper comic strips. His saga begins in 1536, when pirates kill the father of British sailor Christopher Walker. After swearing to his father's assassin's skull that he would fight evil, Christopher began the Phantom legacy that would pass from father to son. He has earned nicknames such as "The Ghost Who Walks" and "The Man Who Never Dies", as few know his history, and his legend comes from the fact that most believe he is the same man who emerged in the 1500s. The character mainly acts on his territory in the jungles of a fictional African country called Bangalla. The Phantom has no superpowers and having been trained as a child to take on the legacy of his ancestors, he uses his strength, intelligence, and renowned immortality to defeat his enemies. The best known of his dynasty is the 21st Phantom, married to Diana Palmer with whom he had two children, Kit and Heloise. He has the help of a Bandar healer named Guran, his best friend who has saved his life several times.

With a base adorned with the Mark of Good and Skull, symbols of The Ghost Who Walks, faithful to the smallest detail, with the Skull and Mark of Good rings in the hero's hands, The Phantom is one of the first classic comic book heroes to gets his statue by Iron Studios along with the space adventurer statue "Flash Gordon - Art Scale 1:10 - Flash Gordon".