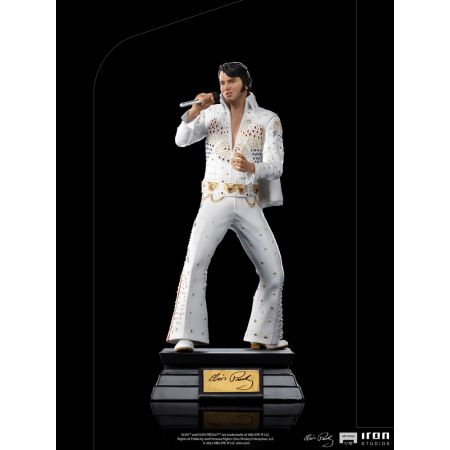 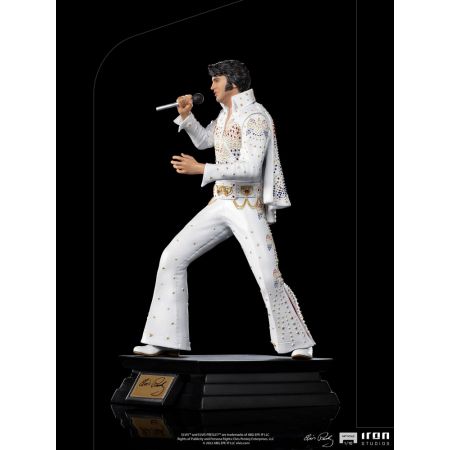 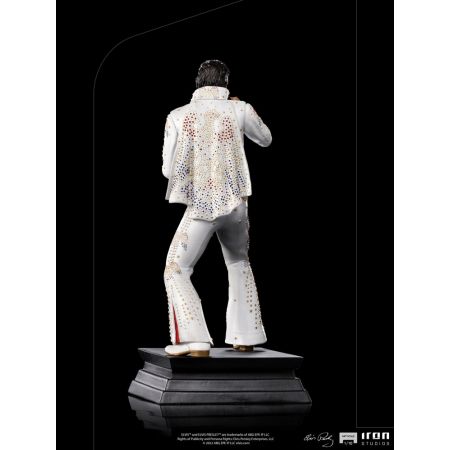 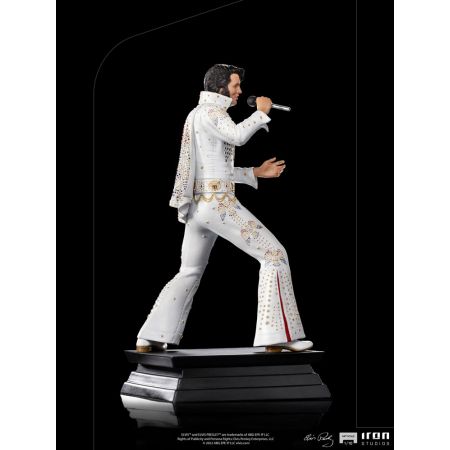 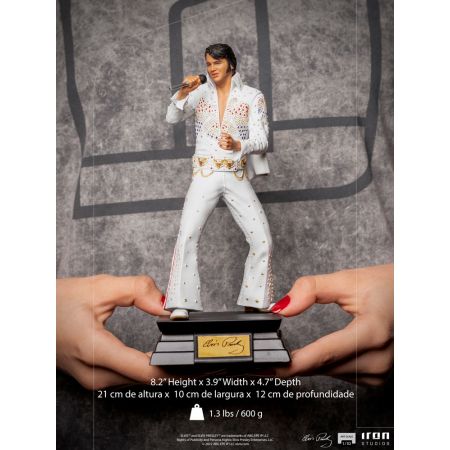 Wearing a white costume called "Aloha Eagle", decorated with various sequins and jewels that formed the design of an eagle, the symbol of the USA, the best-selling solo musician of all time took the stage in January 1973 to record, live, another of his iconic albums, in a TV special shown in 40 countries. Immortalizing one more of his memorable performances, Iron Studios proudly presents the "Elvis Presley 1973- Art Scale 1:10 - Elvis Presley Statue" with the King of Rock n' Roll just as at his historic show in Honolulu, Hawaii.

Surpassing even the man-to-the-moon audience, 1973's Elvis Presley: Aloha from Hawaii was the first live music show via satellite, broadcast by the American TV network NBC to countries in Europe, Asia, and Oceania, breaking all audience records with over 1.5 billion viewers, and also aired days later in many other countries. The performance became a live album and was a bestseller in the US, Japan, and many more countries. An inspiring performance by Elvis, where the King, according to critics, surpassed his own legend, interpreting from the pure Rock of the 1950s to his ballads, the classic Blues and Gospel songs.