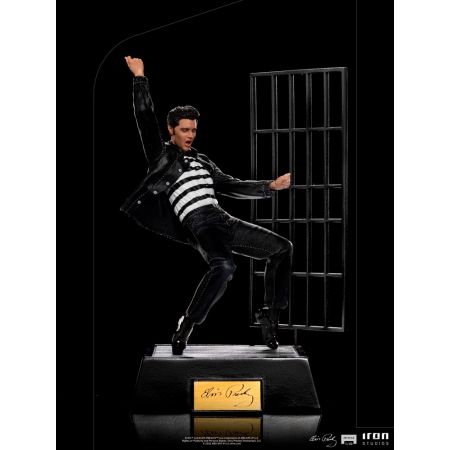 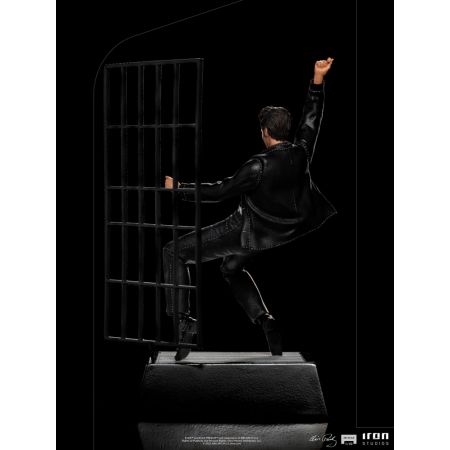 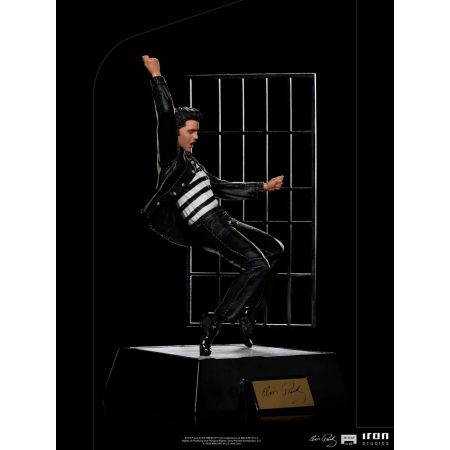 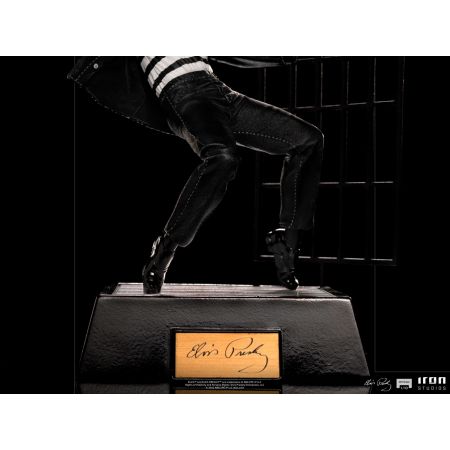 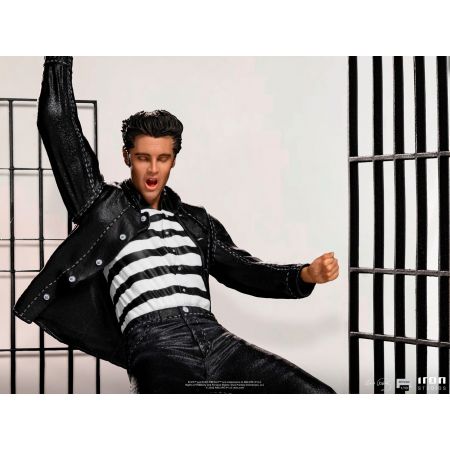 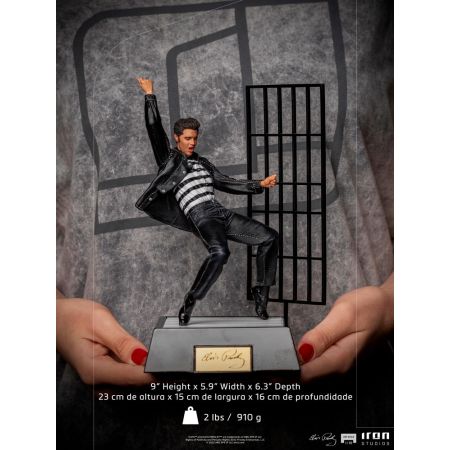 On tiptoe, in one of his most memorable performances, the legendary "King of Rock" with his unmistakable dance moves, brings all his energy and enthusiasm as at the beginning of his career. His most rebellious, rock'n'roll phase, in music and theaters, now immortalized by Iron Studios in the statue "Elvis Presley Jailhouse Rock - Art Scale 1:10 - Elvis Presley", inspired by an anthological scene from a dance choreographed by Elvis himself, and considered by many to be one of the first music videos in rock history.

Jailhouse Rock is both the title of a song written by Jerry Leiber and Mike Stoller, one of Elvis Presley's greatest hits, as well as the third movie of his career released in 1957. The film Jailhouse Rock entered the United States National Film Registry at the United States Library of Congress, immortalized because of its cultural relevance. In the plot, Vince Everett (Elvis Presley) is sentenced to prison after accidentally killing a man, and there, he befriends a former country singer who teaches him to play the guitar. When he is released, he starts his musical career to achieve fame and fortune. The climax of the film, replicated in this statue by Iron Studios, is the iconic scene in which Elvis sings Jailhouse Rock in a prison cell setting, set up in a TV studio. The song is ranked 67th on Rolling Stone magazine's list of the 500 best songs of all time and is also on The Rock and Roll Hall of Fame museum's list of the 500 most influential songs in the formation of rock and roll.

One of the most significant popular cultural icons of the 20th century, this is Iron Studios' second statue of the eternal King of Rock and is already available for Pre-Order. You can also check out the statue "Elvis Presley Comeback Deluxe - Art Scale 1:10", and soon there will be others inspired by the most memorable moments of his career.