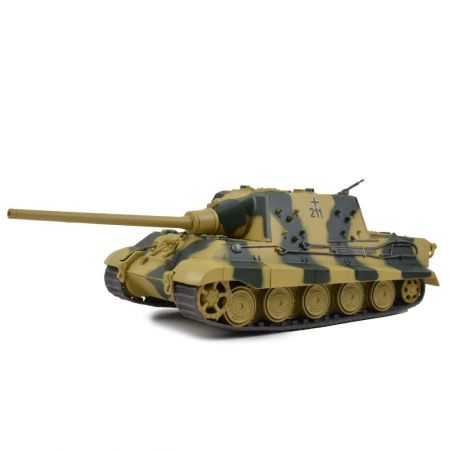 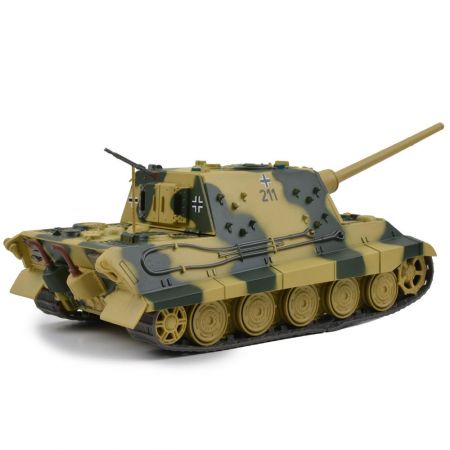 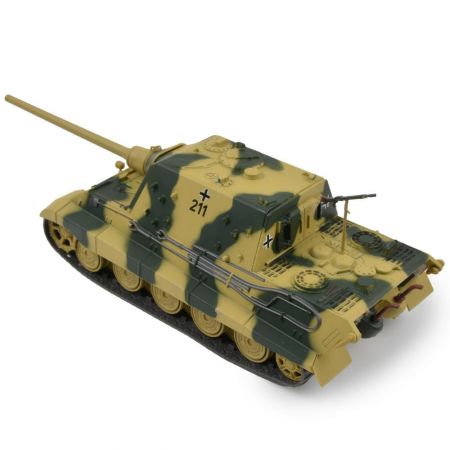 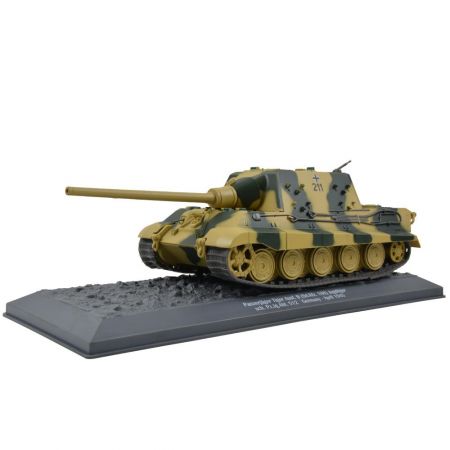 Early in 1943, orders were given to design a heavy, self-propelled anti-tank gun, which would mate a 12.8cm gun with a Tiger II chassis. On October 20th, 1943 a wooden mock-up of the enormous vehicle was shown to the OKH planners who authorized that a prototype be finished by April 1944. Two Jagdtigers were built with the Porsche-designed longitudinal torsion-bar suspension.

During field testing, this arrangement proved entirely unsatisfactory, which further delayed production of the tank destroyer. The initial series was set at 150 vehicles, but an order issued in October 1944 stipulated that when these had been completed, production capacity was to be switched over to the Panther. This mandate was reversed in January 1945, and assembly of the Jagdtiger was to be resumed as fast as possible.

By March 1945, only 77 examples were produced, all assigned to either the Panzerjagerabteilung 653 or the schwere Panzerabteilung 512.

This particular 1:43 scale 9-wheeled Henschel version of the Jagdtiger was attached to the schwere Panzerjager Abteilung 653, then defending Germany during early 1945.