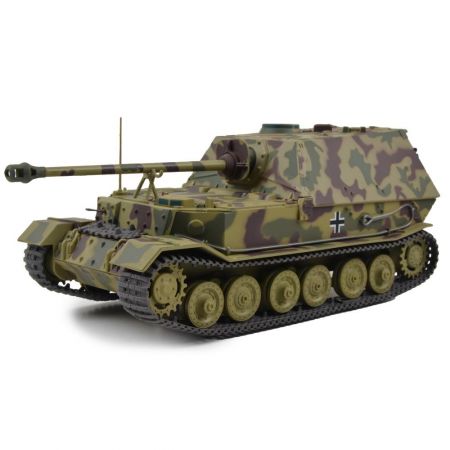 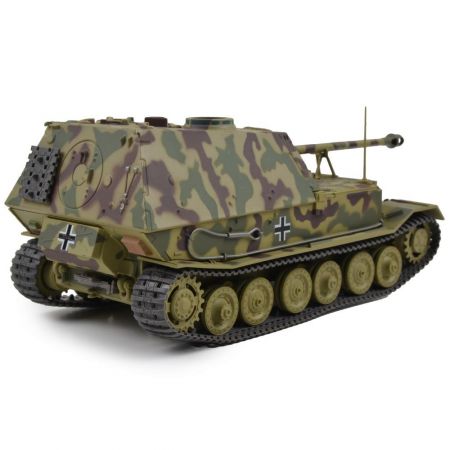 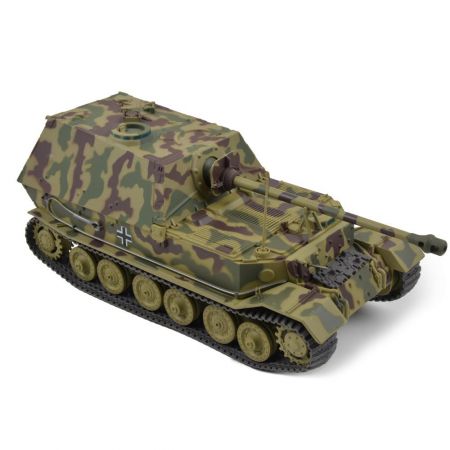 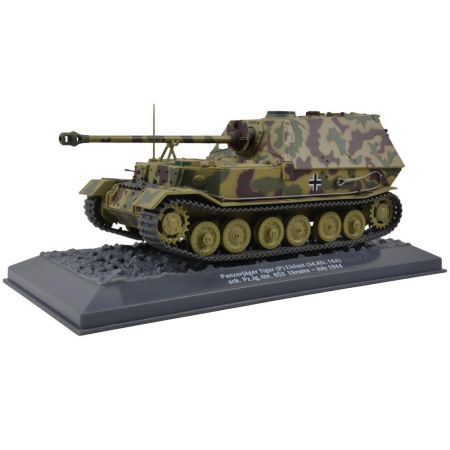 The Elefant (Elephant) stemmed from the Porsche design for the PzKpfw VI Tiger. Henschel was awarded the contract for the new tank, but it was decided to use the Porsche design as a tank destroyer. Hitler demanded that the new vehicle be ready for the 1943 offensive on the Russian front, so development was rather hurried.

As a result, many broke down to their first action at the Battle of Kursk, and the lack of proper armor and ponderous mobility made them easy targets for Soviet gunners in the battle. In addition, the lack of machine guns meant that there was no defense against Soviet troops disabling them with explosive charges in close-quarter combat. The survivors were withdrawn to Italy, where unreliability and lack of spares ensured their continued ineffectiveness.

Pictured here is a 1:43 scale Elefant heavy tank destroyer that was attached to schwere Panzerjager Abteilung 653, then deployed to Ukraine during 1944.