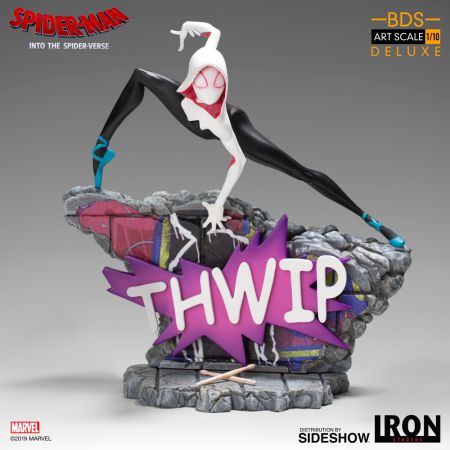 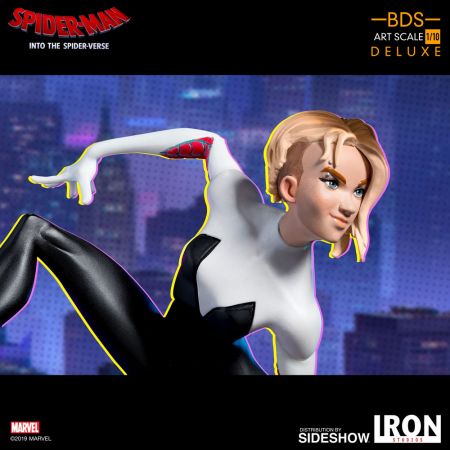 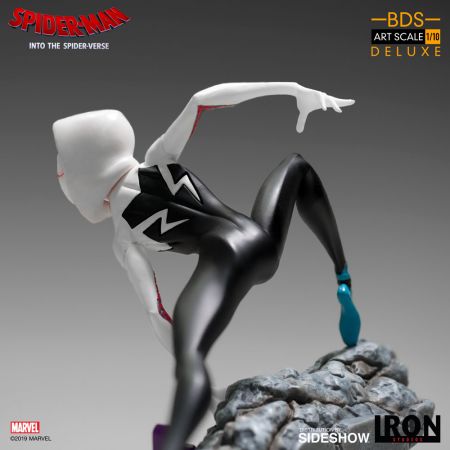 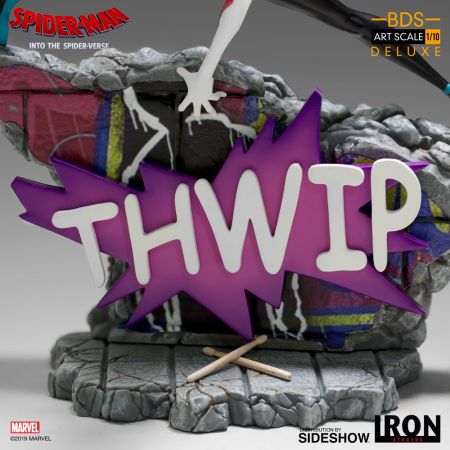 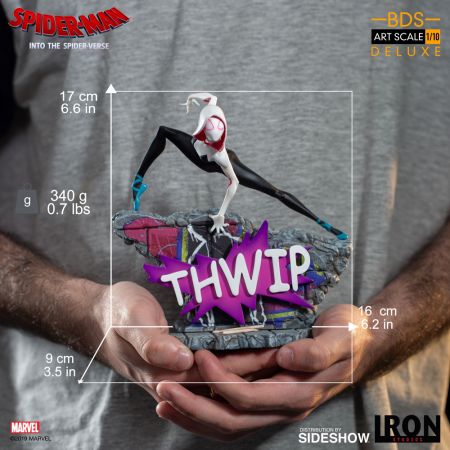 The Gwen Stacy Statue is part of a battle diorama based on the hit film Spider-Man: Into the Spider-Verse. It stands approximately 6.69" tall and includes both masked and unmasked head sculpts. The Battle Diorama Series will feature additional characters from the hit animated film.

Above all, no matter how many times you get hit, you get back up and this to your collection!