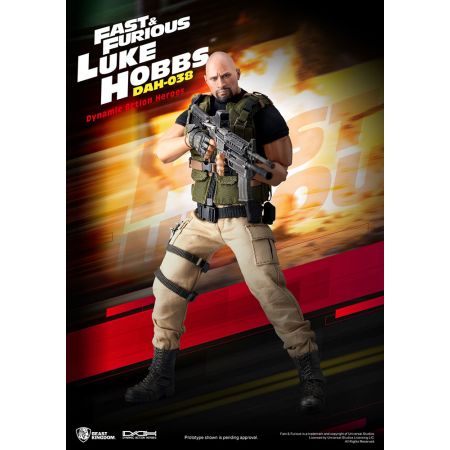 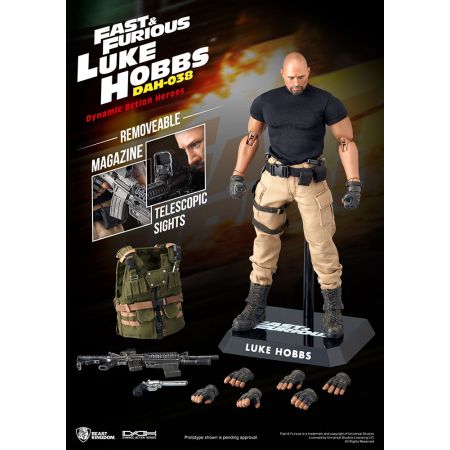 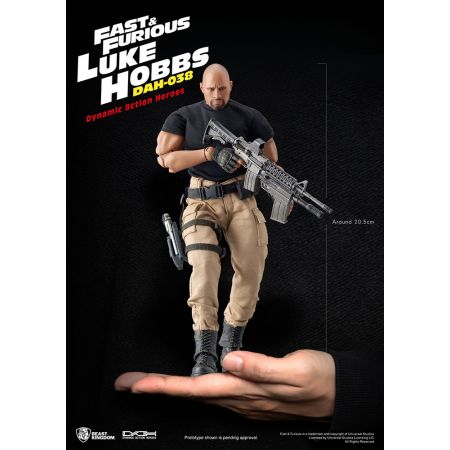 The Fast & The Furious series always delivers speed, brawn, and excitement, and what better character to encapsulate everything that is over the top than the mighty Luke Hobbs! A US Diplomatic Security Service (DSS) agent tasked with once tracking down wanted criminals like Dominic Toretto and Brian O’Conner, Luke Hobbs is both fearless and never far away from an explosion or a car chase. First introduced in the 5th entry of the series, by ‘Furious 7’ Hobbs teams up with the Toretto gang, and is out to save the world from dastardly terrorists.

It is with excitement that Beast Kingdom launches a new line of Dynamic 8ction Heroes from the Fast & The Furious series!

Agent Luke Hobbs, played by Dwayne Johnson is brought to life in the highly articulated DAH series of action figures! With over 20 movable joints, his muscle definitions and strong physique are accurately recreated for fans. All the clothing is made with real fabric and he comes with a host of accessories including a tactical vest, weapons, branded base, and bracket for the figure.

This is one set for fans of the Fast & Furious franchise not to be missed so be sure to order yours now!