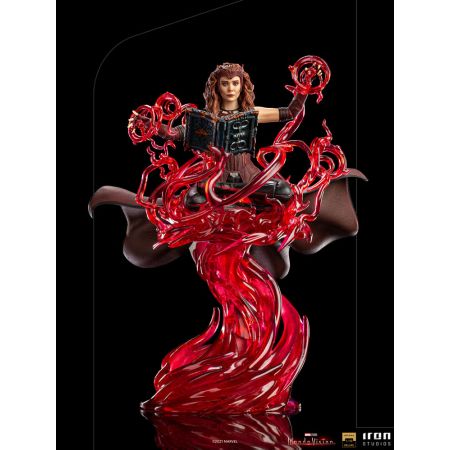 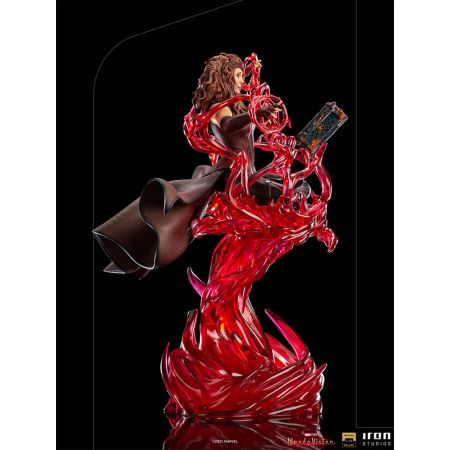 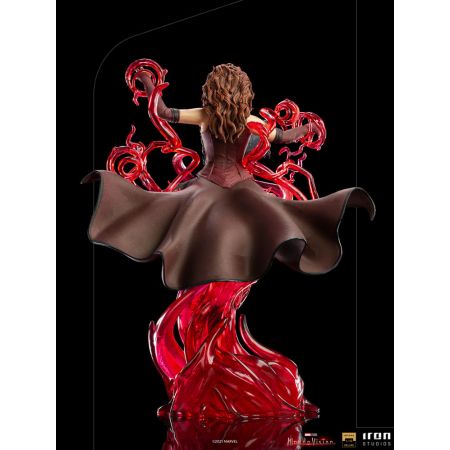 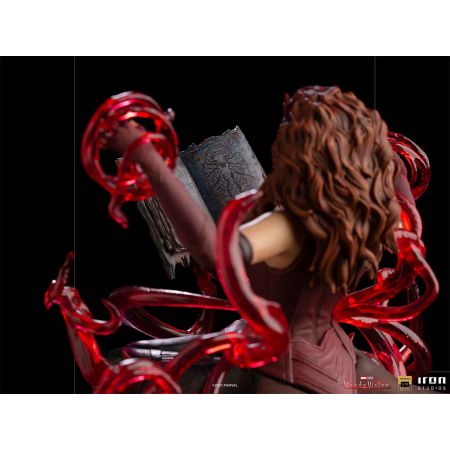 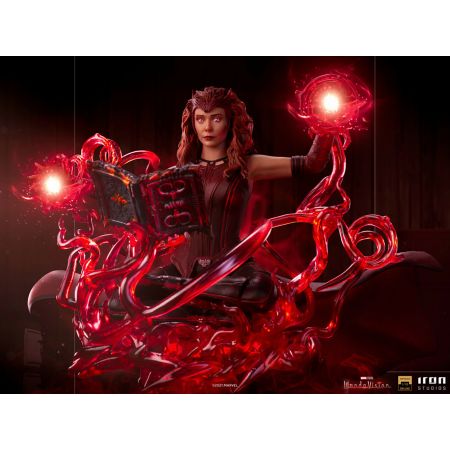 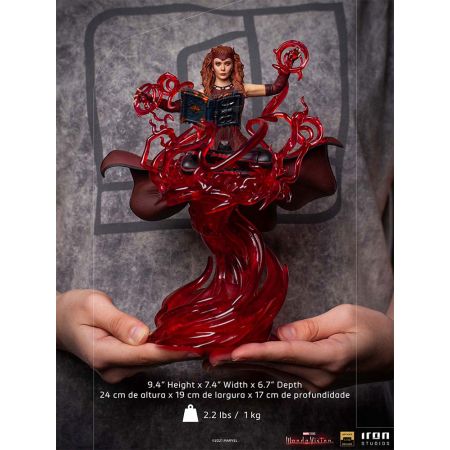 On a translucent base that emulates bands of mystical red energy, the mighty Wanda Maximoff expands all of her power channeling the Chaos Magic. She floats and manipulates the red energy as she reads the Darkhold, an ancient book of spells and powers made of dark matter. This old book contains dark and unimaginable knowledge. Replicating the exciting post-credits scene from the final episode of Disney+'s WandaVision miniseries, Sideshow and Iron Studios present the "Scarlet Witch 1:10 Art Scale Statue."

After the events that occurred in the film Avengers: Endgame (2019), WandaVision is the first television series integrated into the Marvel Cinematic Universe (MCU). Instinctively and unconsciously, Wanda Maximoff uses all her mystical power to channel Chaos Magic to alter the reality of a quiet city and its inhabitants, thus creating a perfect world, at least according to her. The show has a sitcom format, where each episode represents and is set in a different period of time.

Maximoff created her ideal life, bringing her beloved Vision back to life and producing twin sons, Tommy and Billy. To complicate even more this unusual situation there is the presence of Agatha Harkness, a witch who sought to understand and take over Maximoff's powers. After defeating Harkness and SWORD's agents, Wanda dispelled her reality, erasing her family in the process. Realizing the damage done to the city of Westview, she secluded herself in a rustic cabin in the mountains, where she began her studies of the Darkhold. This is how she came to possess the name Scarlet Witch for the first time in the MCU.

In the Marvel Cinematic Universe, Wanda is played by actress Elizabeth Olsen. The character and her brother were made guinea pigs by the terrorist organization Hydra. Blaming the Avengers for the destruction and death of their family in Sokovia, they allied with the robot Ultron. After discovering the robotic villain's real plans for destruction, they switched sides. Pietro ended up killed by Ultron, and Wanda joined the Avengers, where she began a relationship with the synthezoid Vision.