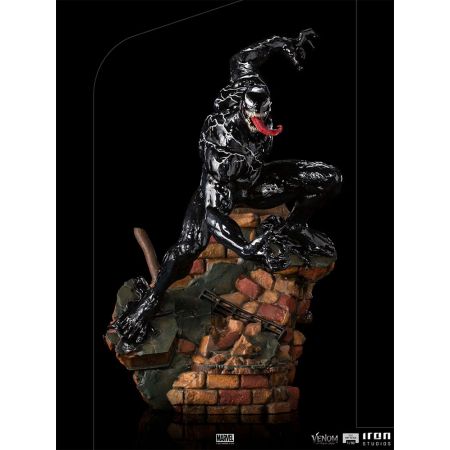 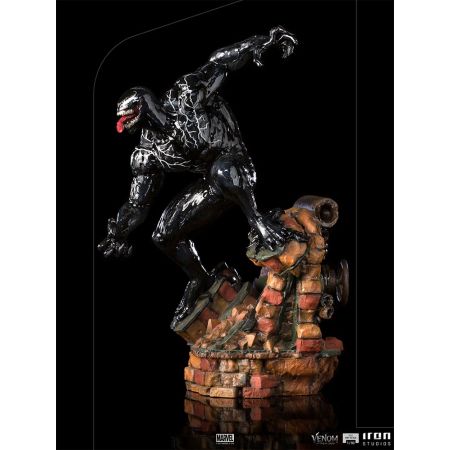 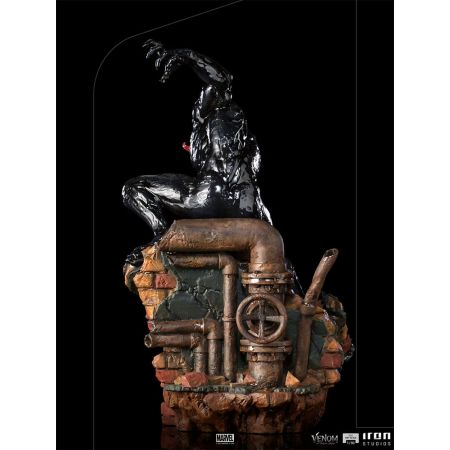 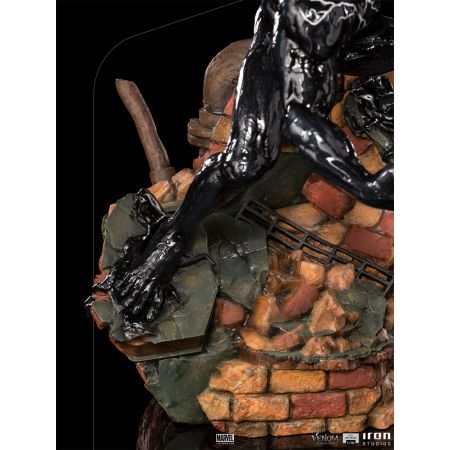 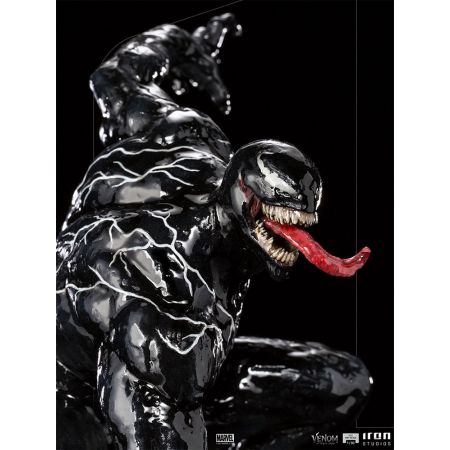 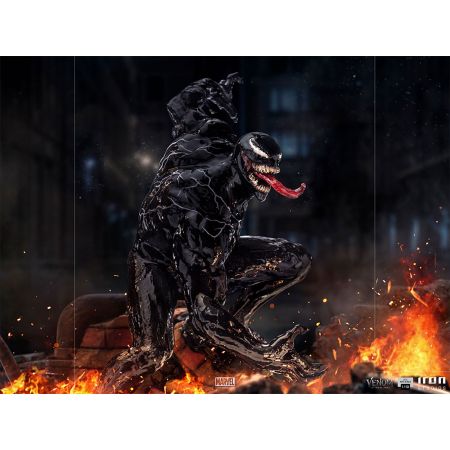 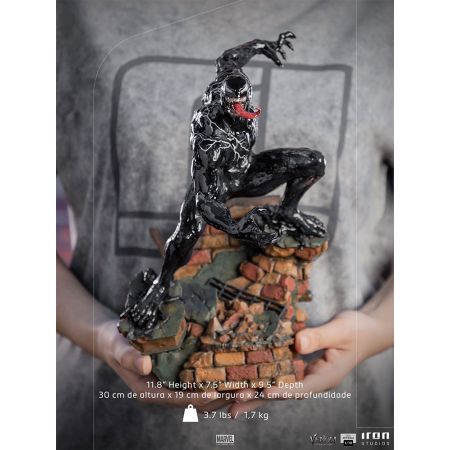 As if he were smiling, the muscular figure with slimy black skin shows its frighteningly sharp teeth. Exposing his long tongue, he focuses on a goal to promote his twisted sense of justice by eliminating criminals in his city. On top of a rubble base, Iron Studios presents the statue "Venom 1:10 Scale Statue - Art Scale BDS Series," featuring the symbiote anti-hero in its cinematic version.

Derived from a comet full of symbiotic life forms and discovered by a space probe from a bioengineering corporation called the Life Foundation, an alien merges in symbiosis with investigative journalist Eddie Brock to survive. This union creates the monstrous being who introduces himself as Venom. As part of an invasion force that sought new worlds for the symbiotes to take over and feed on, the creature and Brock end up creating a deep bond and together decide to help protect Earth from the invasion of the alien species. After completing the mission, both remain secretly connected and committed to protecting the city by eliminating criminals.