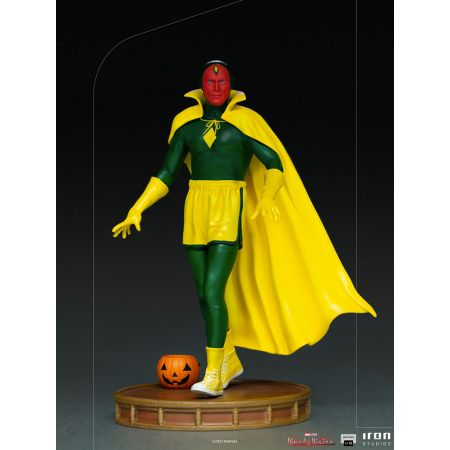 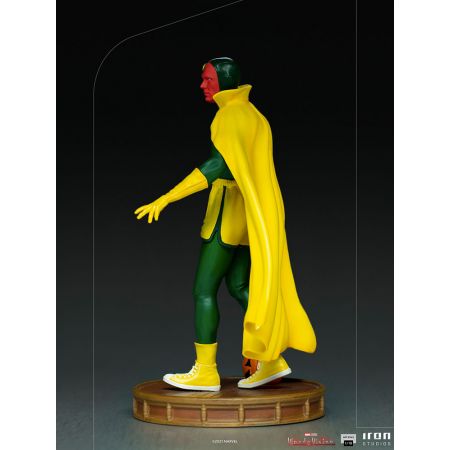 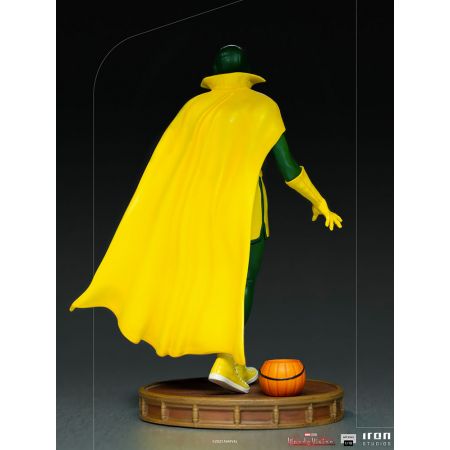 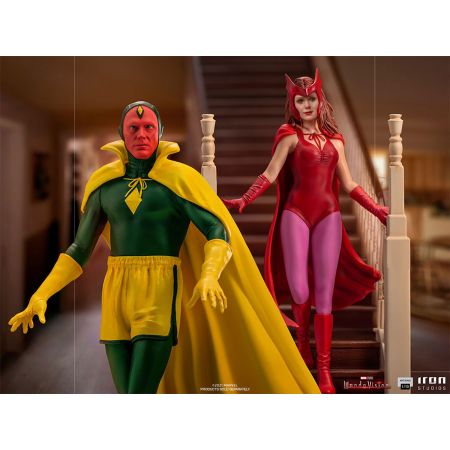 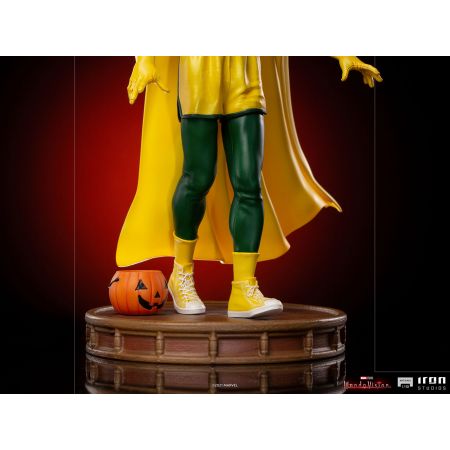 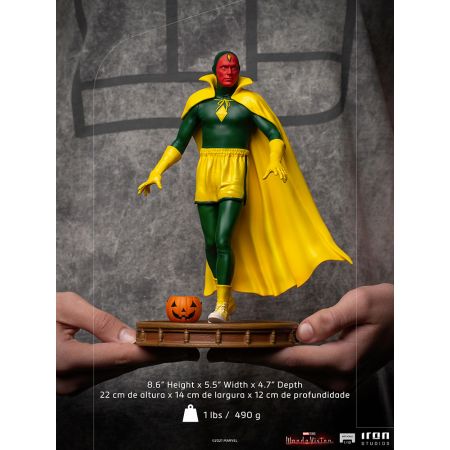 During Halloween in the small town of Westview, New Jersey, the synthozoid Vision, formerly an ally of the Avengers, says goodbye to his wife Wanda Maximoff, with whom he shares an idyllic suburban life. Vision is a volunteer on the community surveillance patrol and leaves for duty properly dressed as the holiday requires. He is wearing a costume similar to the original version of the character from the comics, but with the characteristics of cosplay, in a more laid-back way, with sports shorts, sneakers, and yellow socks. His costume has such an iconic look that he compares it to a luchador. In this way, at the request of fans and collectors, Sideshow and Iron Studios present the "Vision Halloween 1:10 Art Scale Statue" based on the sixth episode of the Disney+ show WandaVision, "All-New Halloween Spooktacular!"

After the events that occurred in the film Avengers: Endgame (2019), WandaVision is the first television series integrated into the Marvel Cinematic Universe (MCU). Instinctively and unconsciously, Wanda Maximoff uses all her mystical power to channel Chaos Magic to alter the reality of a quiet city and its inhabitants, thus creating a perfect world, at least according to her. The show has a sitcom format, where each episode represents and is set in a different period of time. One of the most acclaimed episodes by audiences and critics, the sixth is portrayed as in the series of the late 1990s and early 2000s, as well as paying tribute to Halloween-themed television episodes in general.

The Vision is a synthozoid (synthetic human) created by the robot Ultron to serve as its new body in Avengers: Age of Ultron (2015). Paul Bettany returns to play this role in the WandaVision series.

The statue can be paired with the “Wanda Halloween Version Art Scale Statue” to compose a small diorama.