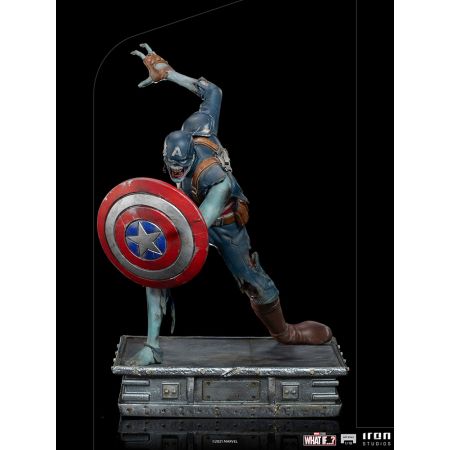 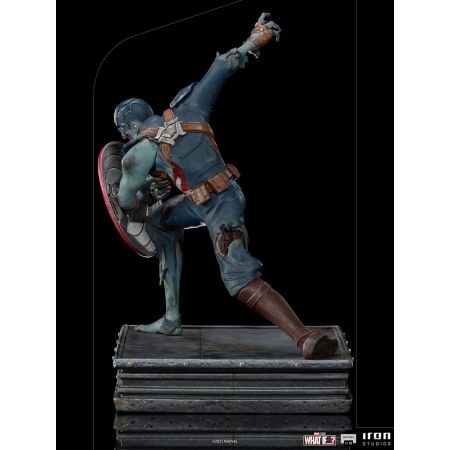 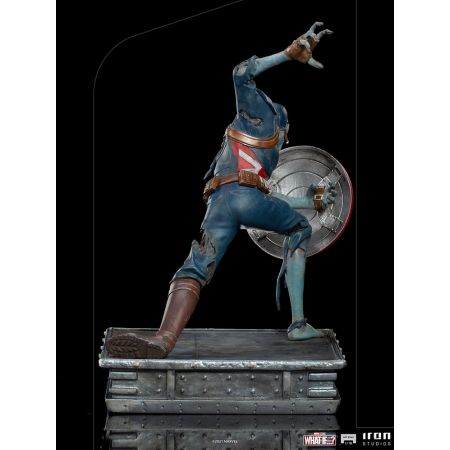 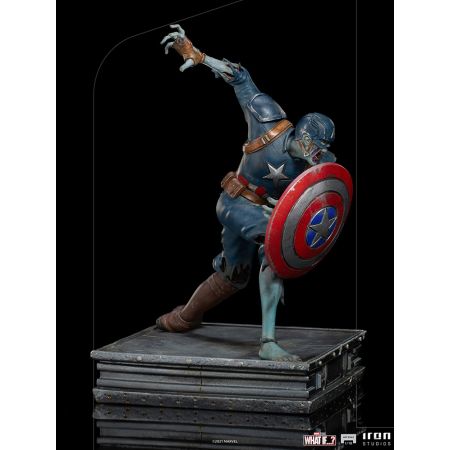 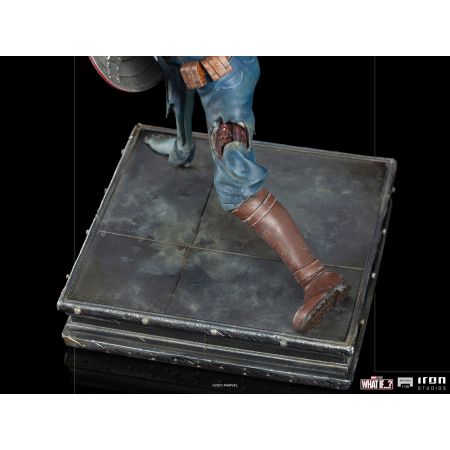 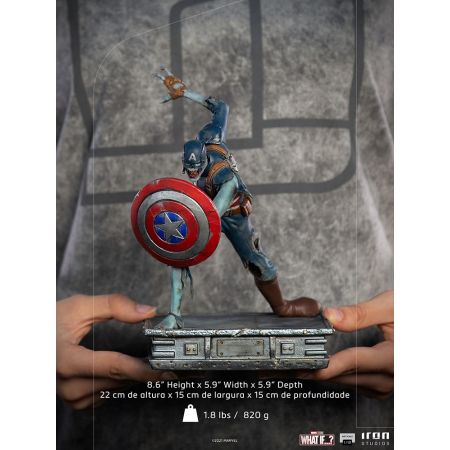 Dragging its left leg because of its fractured ankle, the decrepit creature once known as the first Avenger walks forward on the metal floor of a train car, hungry and in search of its next prey. Even reduced to growling like a primal predator, this creature is still dangerous and lethal thanks to the fighting instinct and Super Soldier serum that still remains within him. Even as a zombie, the creature still knows how to use its legendary shield. Sideshow and Iron Studios present the "Zombie Captain America 1:10 Art Scale Statue," derived from the Marvel Studios animated series What If...? on the Disney+ streaming service.

What If...? is the fourth MCU television series. It explores how the Marvel Universe might have unfolded if, at certain key moments in its history, something had happened differently. Narrated by the cosmic being known as The Watcher, each episode refers to an alternate reality within the Multiverse. The fifth episode of the series called "What If... Zombies!?" features a group of surviving heroes who face a zombie apocalypse caused by Dr. Hank Pym.