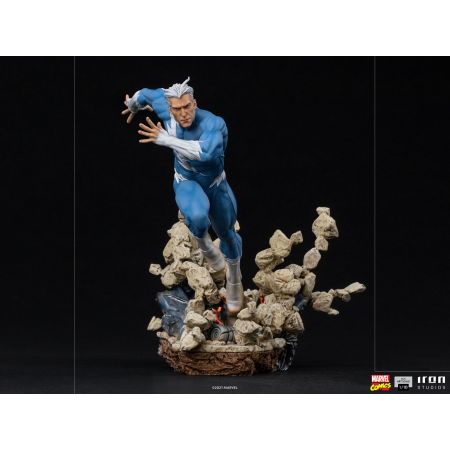 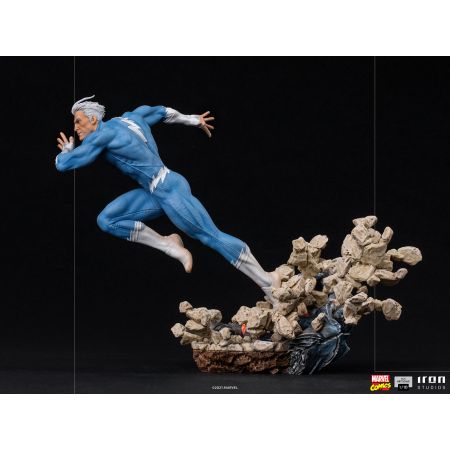 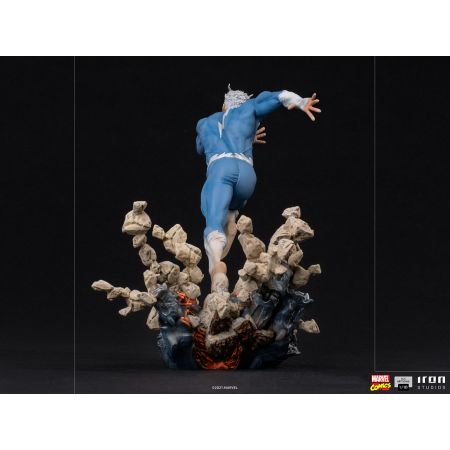 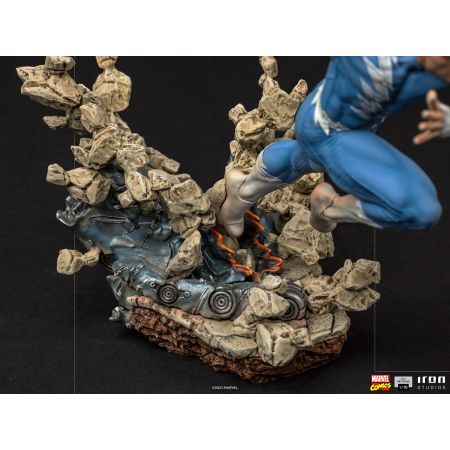 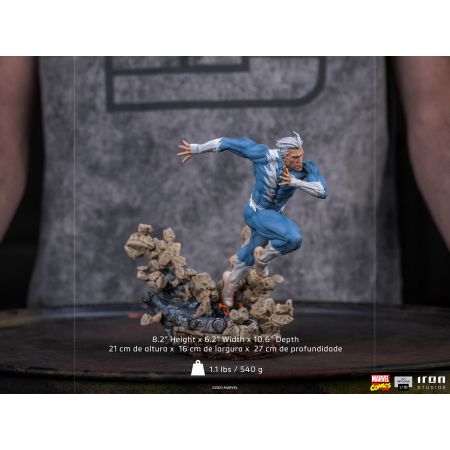 Sideshow and Iron Studios are proud to announce the latest from the Battle Diorama Series Art Scale 1:10 line - Quicksilver! Based on the Marvel Comics version, this polystone statue is hand-painted and limited edition.

Son of a gypsy couple, Pietro Maximoff was born in Serbia but was taken to Wundagore Mountain, in the Transia Mountains, a fictional country in Eastern Europe, along with his twin sister Wanda (the Scarlet Witch), and both were kidnapped as a baby by the geneticist High Evolutionary, who subjected them to genetic experiments that gave them special powers. His powers originally allowed him to move at the speed of sound, but, as time went by, his superhuman gifts were improved, and today the full extent of his abilities is unknown.

Pietro and Wanda always believed that they were born mutants. They were rescued by Magneto and joined his Brotherhood of Mutants, where he got the code name Quicksilver. After disconnecting from the terrorist group of mutants, both sought refuge and redemption in the Avengers, where they were welcomed by Captain America and incorporated into a new team. For years he believed that he was Magneto's son, but he discovered his origins by facing the High Evolutionary. Although he is an ally of the X-Men and has acted as a member of groups such as the X-Factor and the Inhumans, Pietro never completely detached himself from his heroic roots as an avenger, eventually returning to the team.

Created by Stan Lee and Jack Kirby in 1964, the "Fastest Man on Earth" (in the Marvel universe), finally wins his comic book-inspired version in the Quicksilver BDS Art Scale 1:10 Statue - Marvel Comics - Iron Studios (who will soon have the mystical support of his sister), in a dynamic pose on a base with effects that express all his power, where the sprinter hero joins forces with the X-Men to face Magneto, the Sentinel Robots that are controlled by Magneto and his Mutant Brotherhood ... Would the sprinter, who still believes that he is the son of the master of magnetism, be at the side of the Brotherhood? Only you, dear collector, will be able to give this answer, configuring your diorama as you wish, or even placing it next to the Avengers figures, because, in the versatile trajectory of this hero, he is always running throughout the Marvel universe.