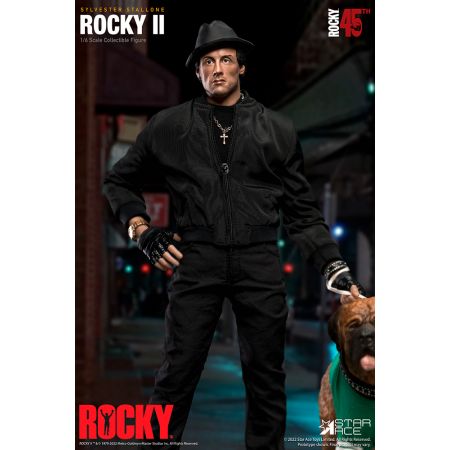 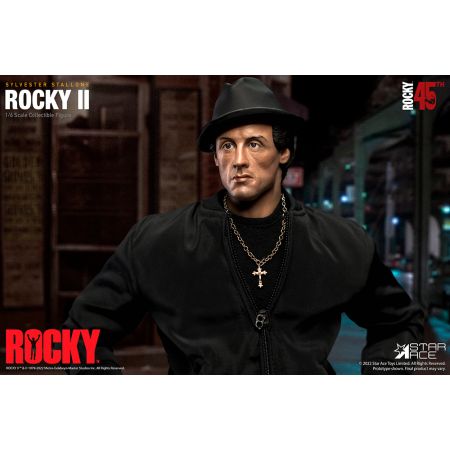 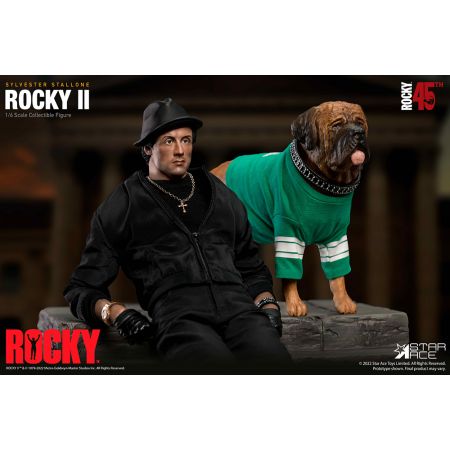 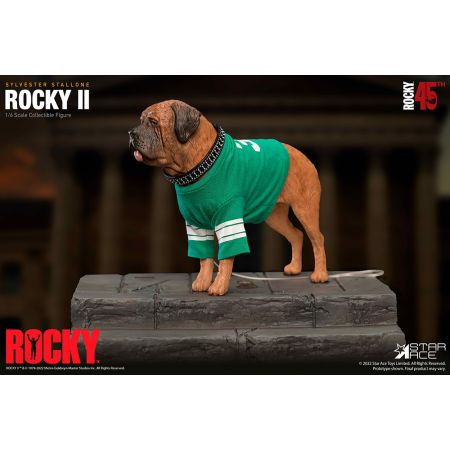 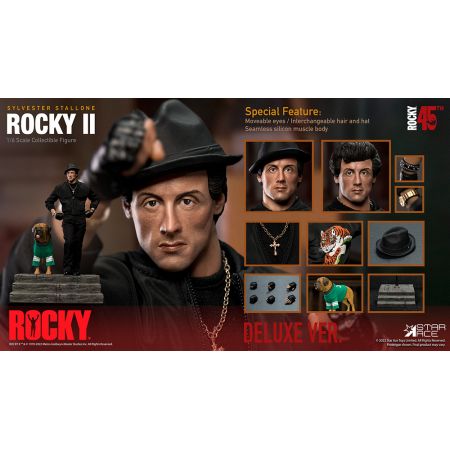 In celebration of the 45th Anniversary of the debut of the Academy Award-winning film series “Rocky,” Sideshow and Star Ace are proud to announce the first collectible figure featuring Sylvester Stallone from Rocky II.

Sylvester Stallone created the character of down-and-out amateur boxer Rocky Balboa in 1976 and starred in the film Rocky which shot him to stardom. The movie won multiple Academy Awards and spawned a series of films. Stallone also wrote and starred in Rocky II and this sixth-scale collectible figure is based on the look from that film.

The head sculpt is an authentic likeness to Sylvester Stallone as Rocky and has a moveable eye feature. It comes with a removable hat and alternate hair piece so he can be displayed with or without the hat. He uses a 30cm custom seamless body designed specifically for this character. He wears Rocky’s street clothes with a black jacket, jeans, and a t-shirt. It also includes a neck chain with a cross, a wristband, and a watch.

The deluxe version of Rocky from Rocky II includes his dog Bupkis with 2 interchangeable t-shirts and a stone steps display diorama base.

Don't miss your chance to add this figure to your collection too!