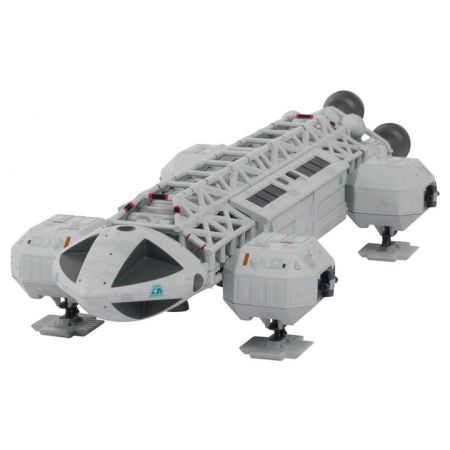 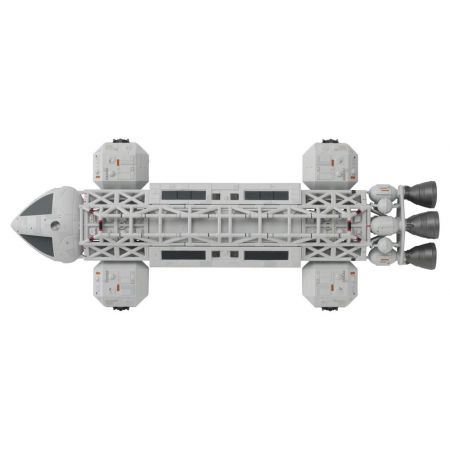 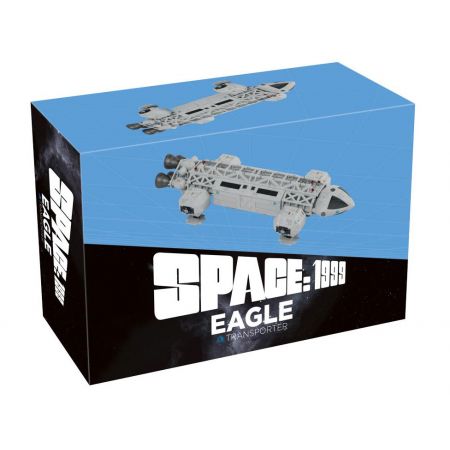 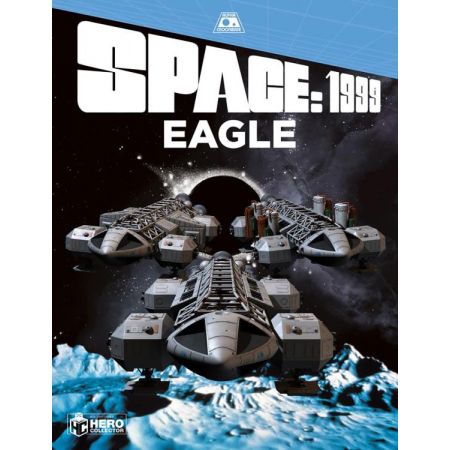 Discover the brand-new Space: 1999 collectibles based on the hit TV show! Introducing the first edition in the collection - the Eagle One Transporter.

A cult classic of 70s sci-fi, the TV series Space: 1999 followed the spacefaring adventures of Moonbase Alpha, whose 311 personnel were left stranded when a massive nuclear explosion sent the Moon itself hurtling into deep space.

Designed by Academy Award-winning SFX director Brian Johnson (Alien, Star Wars, 2001: A Space Odyssey), the Eagle One is the iconic hero ship of Space 1999, and the primary transport for the crew of Moonbase Alpha. This modular vessel had many alternative configurations: it’s presented here with its transport module which was used for deploying crew to and from alien worlds.

Powered by 4 fusion rockets, the Eagle One could reach speeds of 23,700 miles per second, and fly for up to 48 hours. This Transporter Eagle (or "Type A") could hold 8-12 passengers, plus the pilot and co-pilot, sacrificing space for scientific equipment or weaponry in favour of a passenger pod.

Measuring an impressive 10 inches in length, the Eagle One Transporter model replica is accompanied by a companion magazine packed with design info, interviews, and more.

“We’re all aliens, until we get to know each other.”