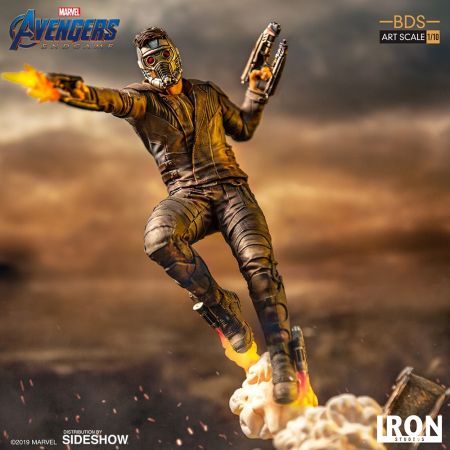 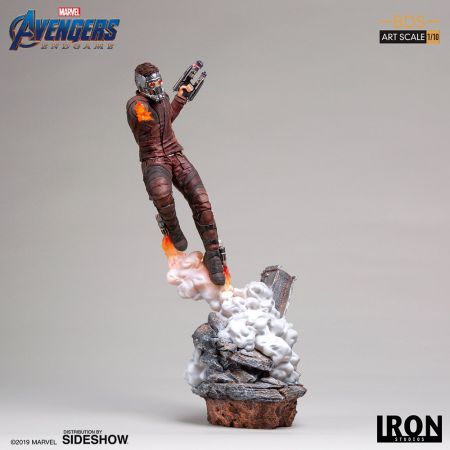 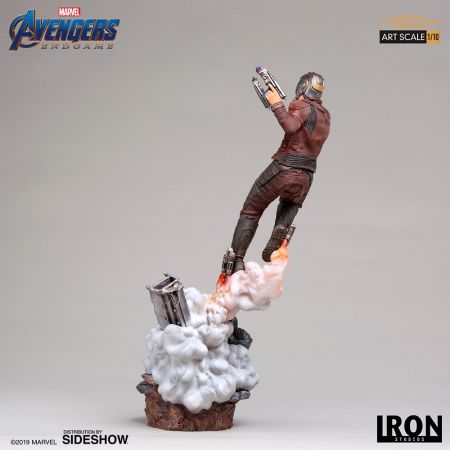 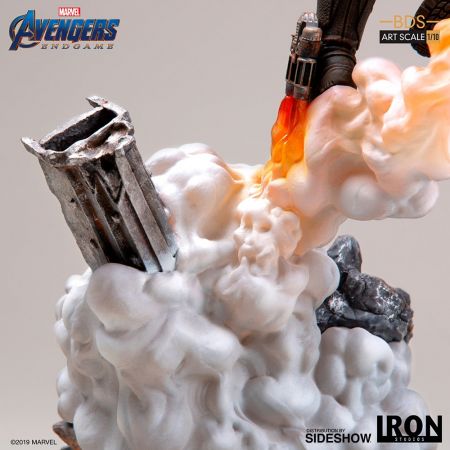 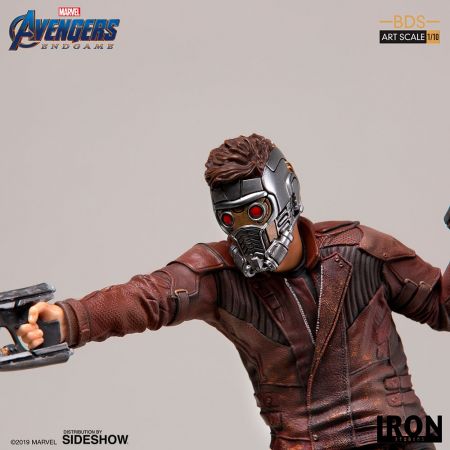 Star-Lord is Peter Quill, a child abducted by space pirates led by Yondu Udonta who was hired to deliver him to his father from another planet, but eventually raises the young Quill as his own pupil.

As an adult Peter becomes a mercenary who calls himself Star-Lord and in Avengers: Infinity War and Avengers: Endgame, Quill and the Guardians of the Galaxy join forces with the Avengers to save the universe from Thanos and his followers of the Black Order.

This version of Peter Quill shows him in the final battle of Endgame in a highly detailed 1:10 Art Scale Statue.

A must-have for fans of Avengers: Endgame!