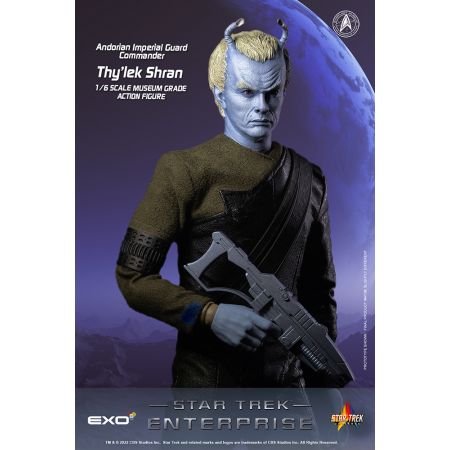 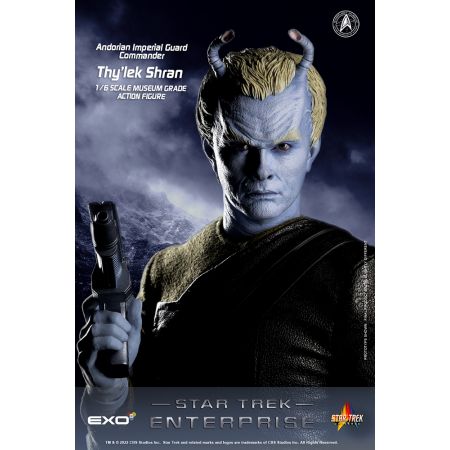 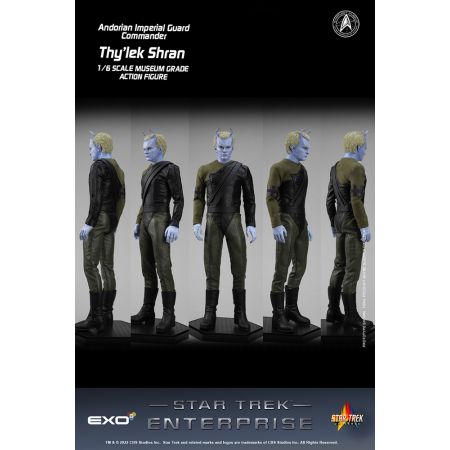 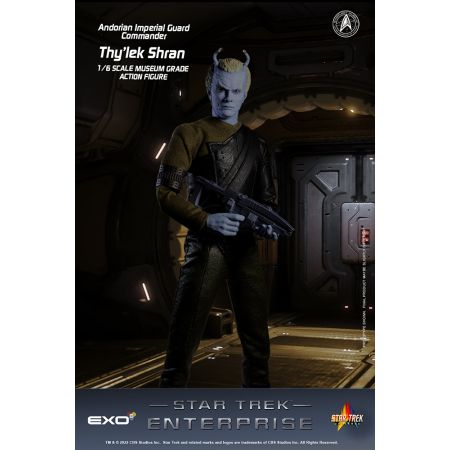 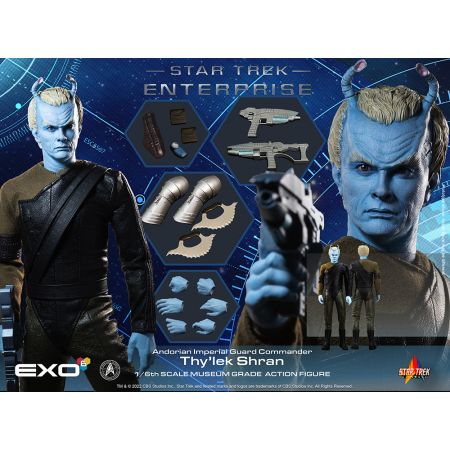 "Take us out of the system. But not too quickly; the Andorian mining consortium runs from no-one!"

One of the defining alien races in Star Trek are the Andorians, yet until Star Trek: Enterprise we knew very little about them. Andor was one of the founding members of the Federation of Planets and an early ally of Earth. Introduced in Star Trek: The Original Series episode “Journey to Babel,” the Andorians are mostly blue-skinned with protruding antennae on their heads and are quick to violence. Aside from brief glimpses in the movies and Star Trek: The Next Generation, they didn’t appear again until Enterprise.

One of the most prolific actors in all of Star Trek is Jeffrey Combs, having played multiple characters over three different series. The latest release from EXO-6 combines one of the most popular alien races with Combs’ most popular character - the Andorian Imperial Guard Commander Thy’lek Shran.

When Captain Archer was bumbling around the Alpha Quadrant without shields, a reliable transporter or the Prime Directive, one of his most frequently encountered frenemies was the Andorian Commander Shran. The Andorians had a beef with the Vulcans and Shran educated Archer that they might not be the best allies, but Shran and Archer’s alliance helped pave the way for the birth of the Federation. After playing many different roles on Star Trek: Deep Space Nine, Jeffrey Combs embodied the feisty little Andorian perfectly – giving him a sense of conniving intelligence that was balanced with a profound sense of honor.

This 1:6 scale figure of Shran re-creates this iconic character in exquisite 1:6 detail. Standing approximately 11.5 inches tall, he wears the Andorian Imperial Guard three-tone uniform with a belt, armband and shoulder straps. He comes with an assortment of Adorian weapons including the ice blades used in his duel with Archer. The original portrait sculpt of Jeffrey Combs in full Andorian make-up was officially approved and has an authentic, hand-painted likeness.

This fine collectible figure is a fan-favorite actor playing one of the most memorable aliens in all of Star Trek and a great addition to your EXO-6 Star Trek™ 1:6-scale figure collection!