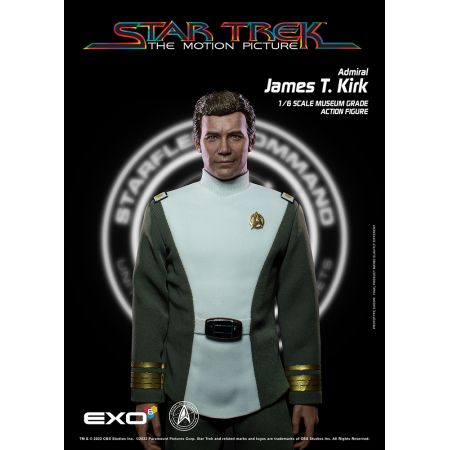 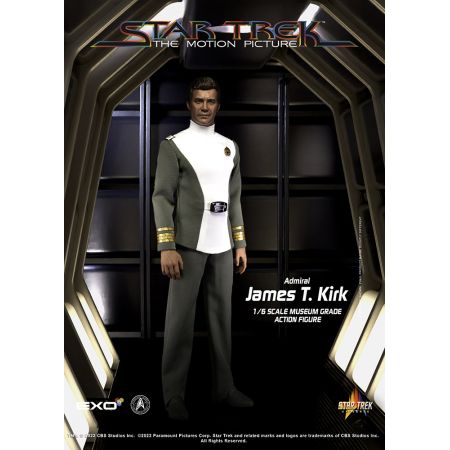 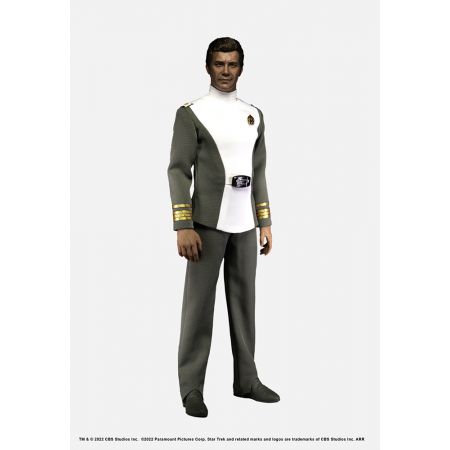 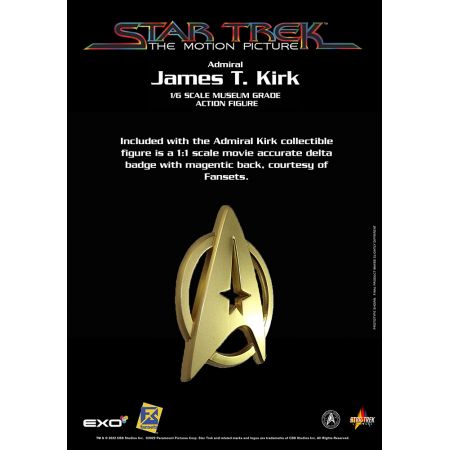 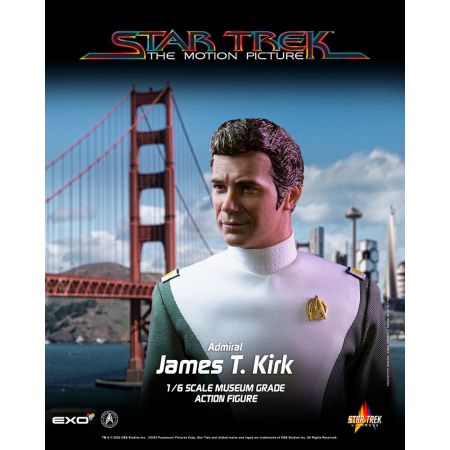 “Two-and-a-half years as chief of Starfleet Operations may have made me a little stale, but I wouldn't exactly consider myself ... untried. They gave her back to me, Scotty.”

A decade after leaving the small screen as Captain Kirk, William Shatner returned to the role of Admiral James T. Kirk, for a huge, big-budget theatrical motion picture that changed the Star Trek franchise forever and ensured its lasting legacy. Now The Captain that started it all makes his first appearance as an EXO-6 Museum Quality 1:6 scale collectible figure from EXO-6.

Depicted in his formal Admiral’s uniform, we see Kirk in his first appearance in Star Trek: The Motion Picture, recreating the look he had as he beheld his true love, the Enterprise, in all her refitted beauty.

This 1:6-scale figure re-creates this iconic character in exquisite 1:6 detail. Standing approximately 12 inches tall, every element, from his 23rd century uniform to his belt buckle bio-monitor, is authentically reproduced. The original portrait sculpt of Captain Kirk captures the moment he first saw the Enterprise in space dock and has a realistic, hand-painted likeness.

This fine collectible figure is a perfect representation of your favorite Admiral and a great addition to your EXO-6 Star Trek™ 1:6-scale figure collection.