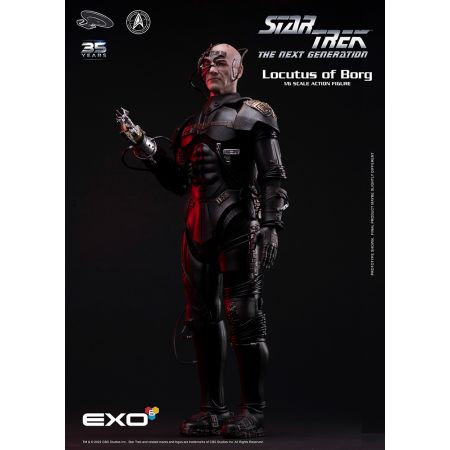 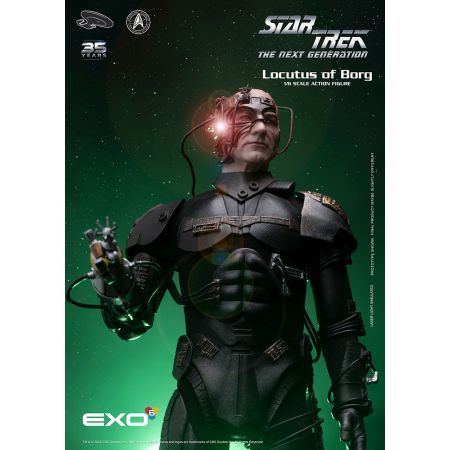 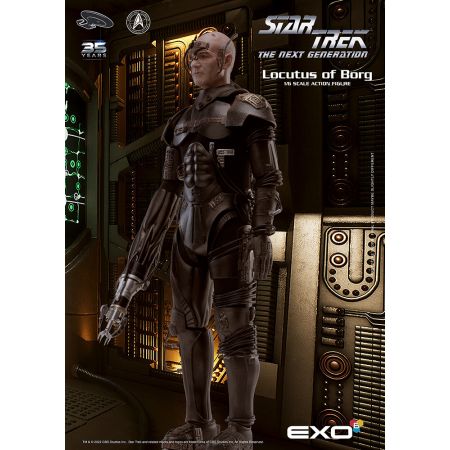 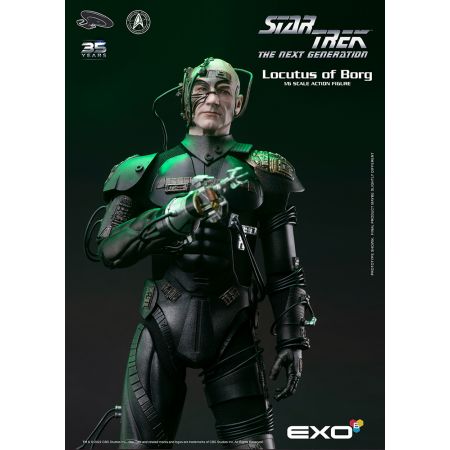 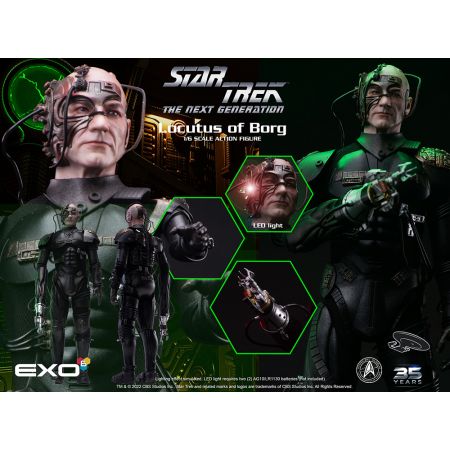 EXO-6 is committed to bringing fans the finest 1:6 scale museum grade collectible figures from Star Trek™ that represent the characters in their most significant incarnations.

Captain Jean-Luc Picard of the Starship Enterprise-D faced his most difficult challenge after he was assimilated by the Borg. This was a major turning point in Picard’s life, leaving him feeling responsible for the 11,000 casualties at the battle of Wolf 359 and the destruction of 39 Federation ships. This battle even had lasting effects on other characters, as Deep Space Nine’s Benjamin Sisko blamed Picard for the death of his wife during the battle.

This one sixth scale museum grade figure re-creates the remorseless Borg from the classic Star Trek: The Next Generation episode “Best of Both Worlds, Part II” in exquisite detail. Standing approximately 12 inches tall, every element is reproduced as accurately as possible. The original portrait sculpt of Patrick Stewart reflects the stoic Borg expression and has a battery-operated red LED light in his head to simulate the Borg laser (requires two (2) AG10/LR1130 cell batteries-not included).