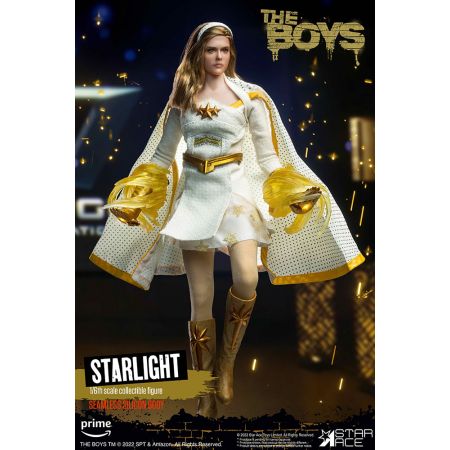 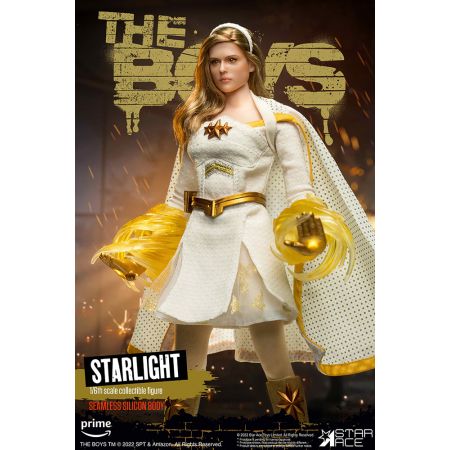 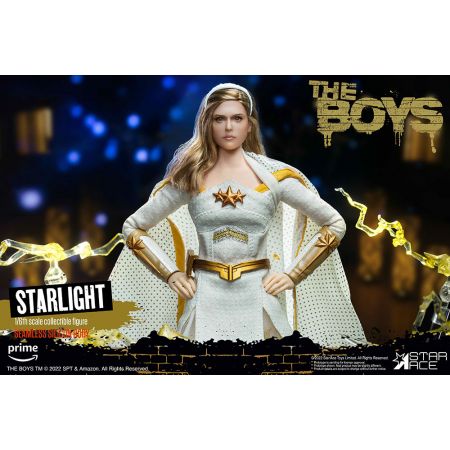 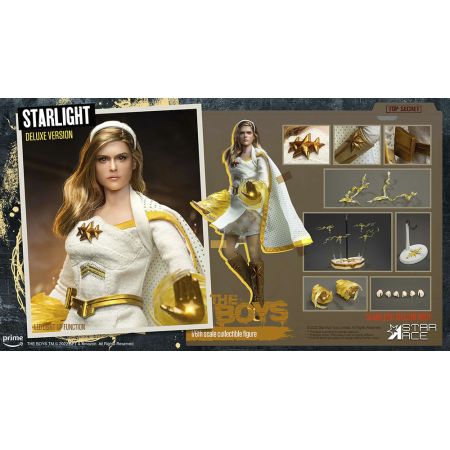 The superheroes in Amazon Prime’s “The Boys” are controlled by an evil corporation that is obsessed with money and power. The corrupt “supers” hide behind a semblance of civic duty, that just barely hides their true motivations. The only bright light in the premier super-group of “The 7” is Starlight, a naïve young girl from Iowa who can produce light energy blasts. She quickly realizes that The 7 are corrupt and starts working with The Boys to take them down.

This sixth scale figure of Starlight features a seamless body and has over 30 points of articulation. The head sculpt features an officially approved authentic likeness of Erin Moriarty as Starlight with light-up eyes and rooted hair. She wears a detailed costume with a cape and an accurately styled emblem, bracers, belt, and boots.

The Deluxe version of the figure also comes with a diorama base, light-effect attachments for her hands, and a gloved set of light-up hands to simulate her powers.