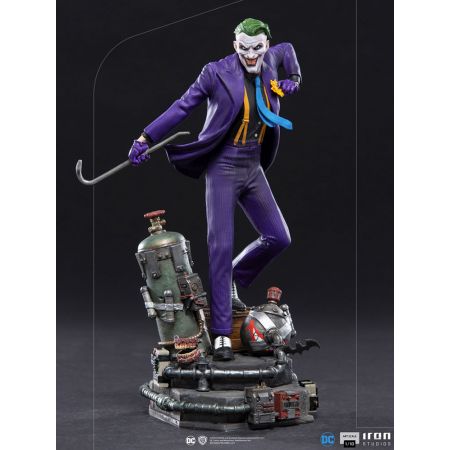 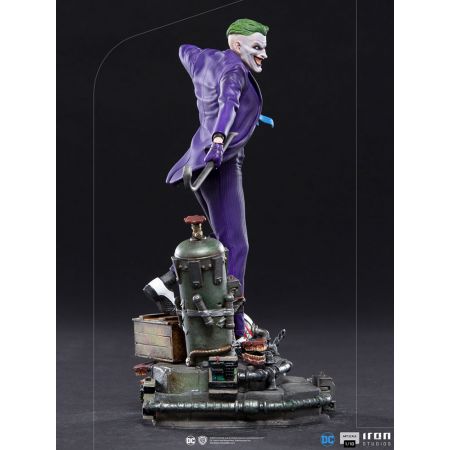 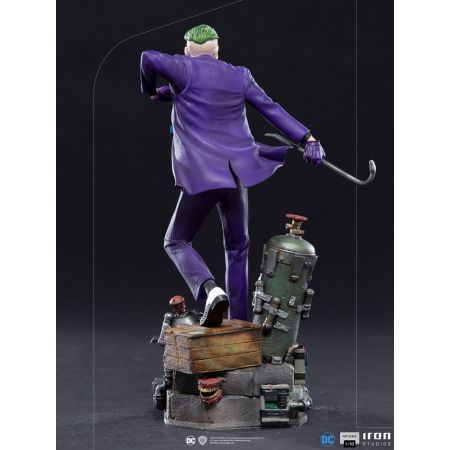 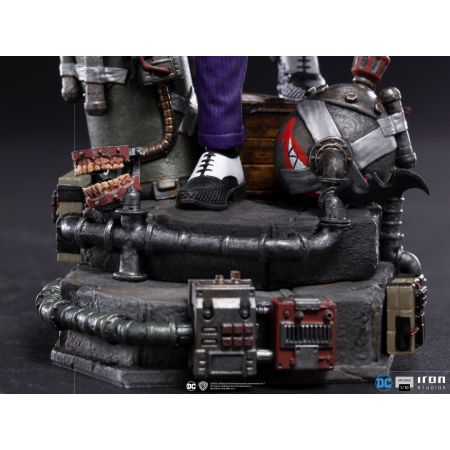 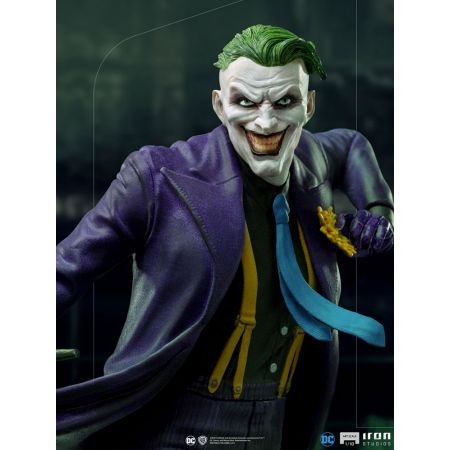 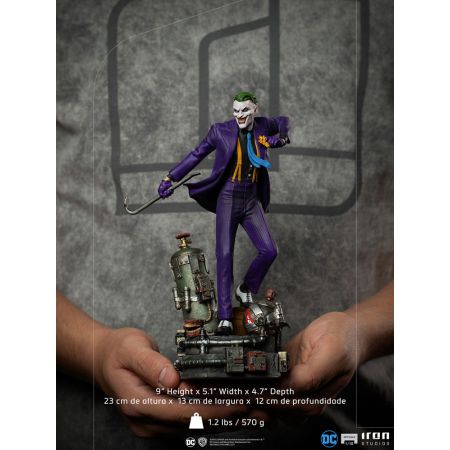 The Prince Clown of Crime, from Gotham City, in a new version of the comic books by Iron Studios!

"With a more contemporary look, but not leaving his past behind, combining classic colors and elements, dressed in purple, complemented with an black shirt, orange suspenders, and a blue tie, The Joker gets one more version derived from the DC Comics by Iron Studios."

On a base, he poses as if he is walking between cylinders, connections, and pipes, which refers to the scenario of "Ace Chemical Transformation Factory" in Gotham City, the villain's birthplace. With a Batarang stuck in a metallic sphere at his feet, the statue "The Joker Art Scale 1:10 DC Comics - Iron Studios" presents the Prince Clown of Crime with his unmistakable smile in action, carrying a crowbar in his right fist, the tool used in one of his most memorable moments in the comics, and ready to shoot some chemical and acidic substance, from the flower in his lapel, another one of his trademarks.

One of the greatest villains in comics, and Batman's greatest archenemy, The Joker was created by Bill Finger, Bob Kane, and Jerry Robinson, inspired by actor Conrad Veidt in the 1928 film The Man Who Laughs and a playing card. Crazy and always smiling, he made his debut in Batman #1 in 1940. His origin, as well as his real name, are a mystery to this day.