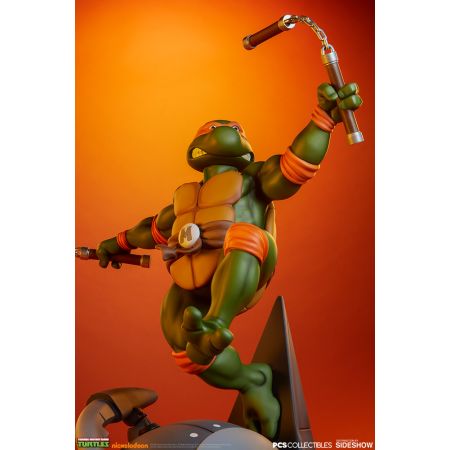 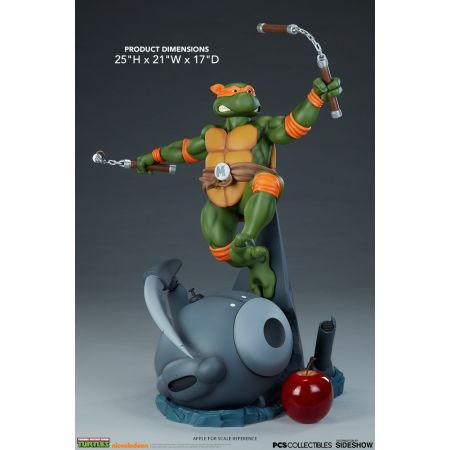 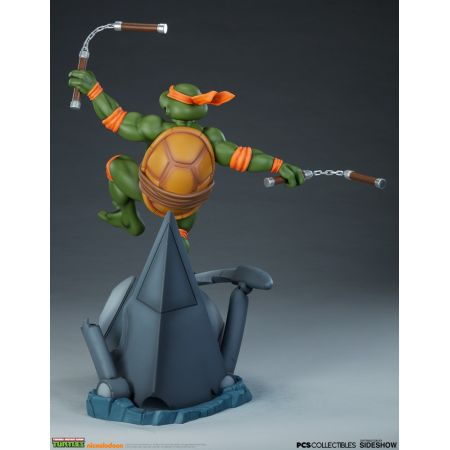 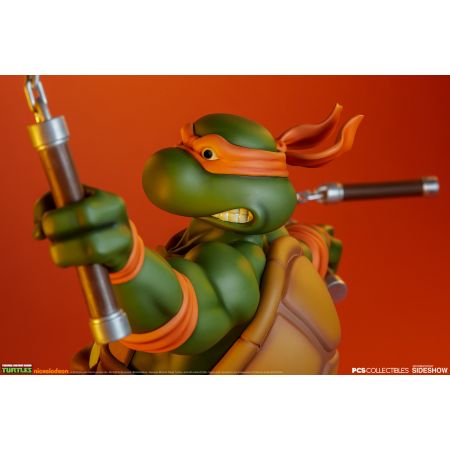 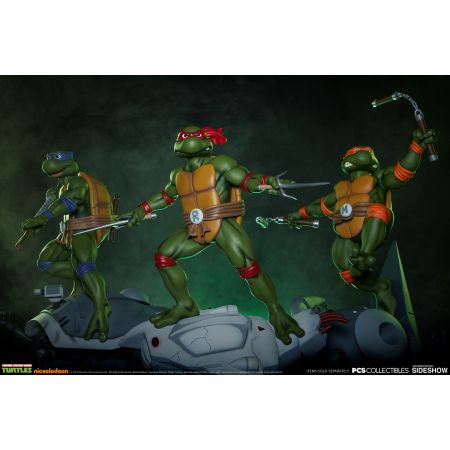 “Oh man, I could go for a little deep-dish action right about now.”

Krang’s stronghold in Dimension X doesn’t stand a chance against this nunchaku-wielding Ninja Turtle! The statue represents Michelangelo as he leaps off of a defeated defense robot in the Technodrome, ready to join his brothers in battle.

This dynamic statue captures the cartoony style of the iconic Teenage Mutant Ninja Turtles, complete with a vibrant paint scheme and an animated, muscular physique that brings this hero in a half-shell to life! The Michelangelo Statue features his orange bandana and arm bands along with a belt and buckle featuring his initial. He has a set of nunchucks in each hand and a determined expression on his face as he swings his way into the next fight.