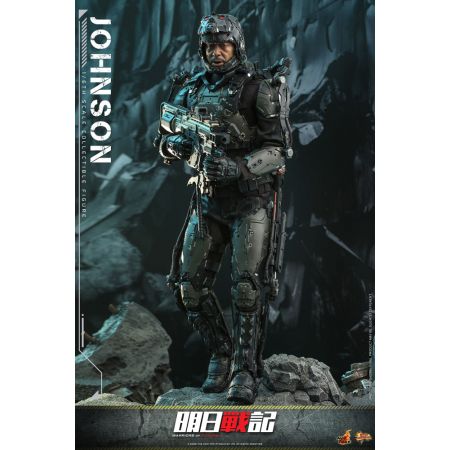 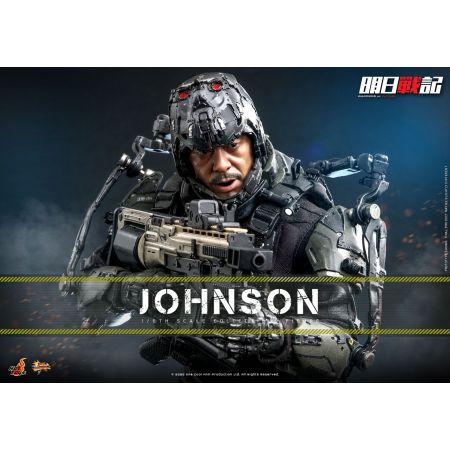 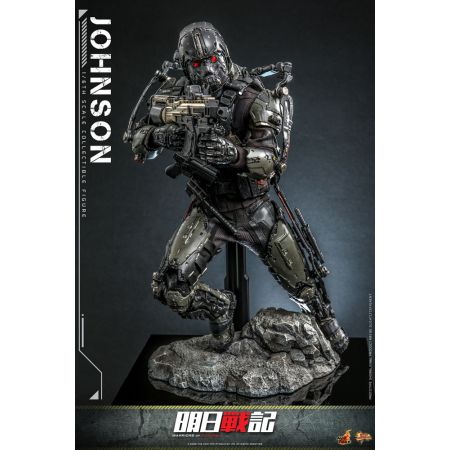 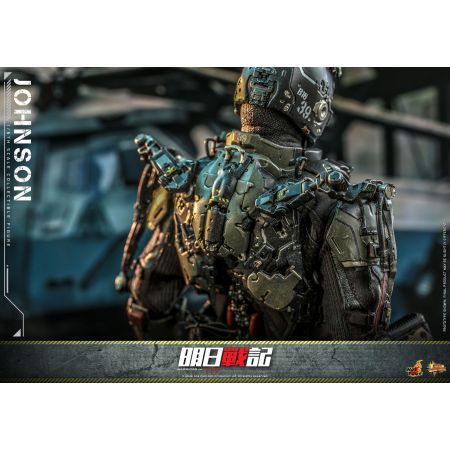 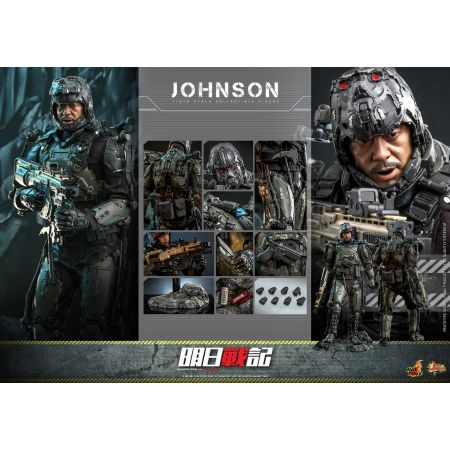 A meteorite has crashed down on a barren future Earth ravaged by pollution and global warming, bringing with it a fast-growing alien vine that purifies the planet but kills everything in its path. Armed with the plant’s genetic map, the heavily armored military of an unnamed city tries but fails to destroy it and uncovers a conspiracy.

Prior to the official release of the Warriors of Future, Hot Toys is excited to unveil Commander Johnson as Sixth Scale Johnson collectible figure to prepare fans for the attacks from Pandora!

Finely crafted based on the appearance of Sean Lau as Johnson in the movie, the figure features a newly developed LED light-up helmeted head sculpt with remarkable likeness, a weathered exosuit in dark green and black with decals and mechanical exoskeleton, LED-lighted torch on shoulder, gear holsters on the complicated suit with highly-accurate weapons and accessories including a heavy machine gun, an axe, a dagger, a pistol, grenades, and a rocky themed diorama figure base.

Stand by for position! It’s now the chance to pre-order this Commander figure!